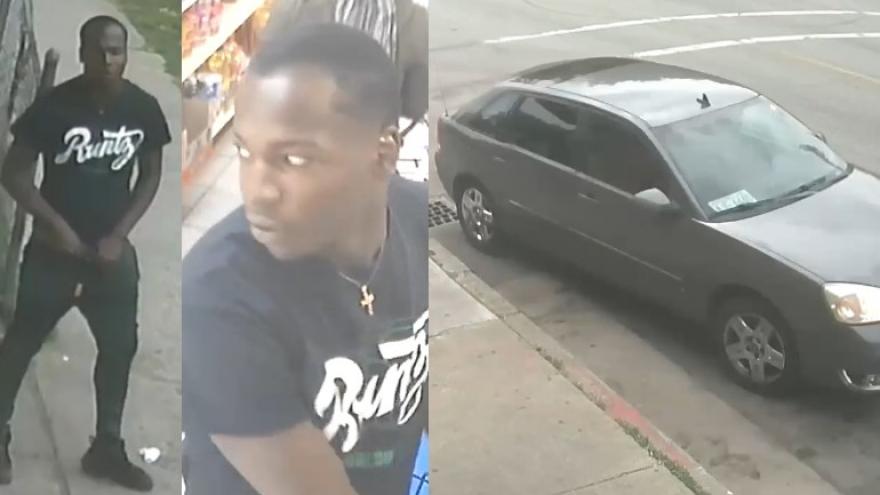 MILWAUKEE (CBS 58) -- Police are asking for the public's help to identify a suspect wanted in a shooting that happened Sunday, Sept. 27, near North 26th and Auer in Milwaukee.

Authorities say just before 2 p.m., the suspect was involved in an argument and fired several gunshots, striking a victim. The suspect fled in a vehicle described as a gray 2004-2007 Chevy Malibu Maxx.

Police describe the suspect as an African-American male, 20-25 years old, 6’00”, thin build and had short balding hair. He was last seen wearing a black t-shirt with “Runts” in white lettering on front, black pants and black shoes. He was armed with a handgun.

The suspect was involved in an argument and fired several shots subsequently striking the victim. The suspect fled in the suspect vehicle.