Suspected poacher eaten by lions who "just left his head" 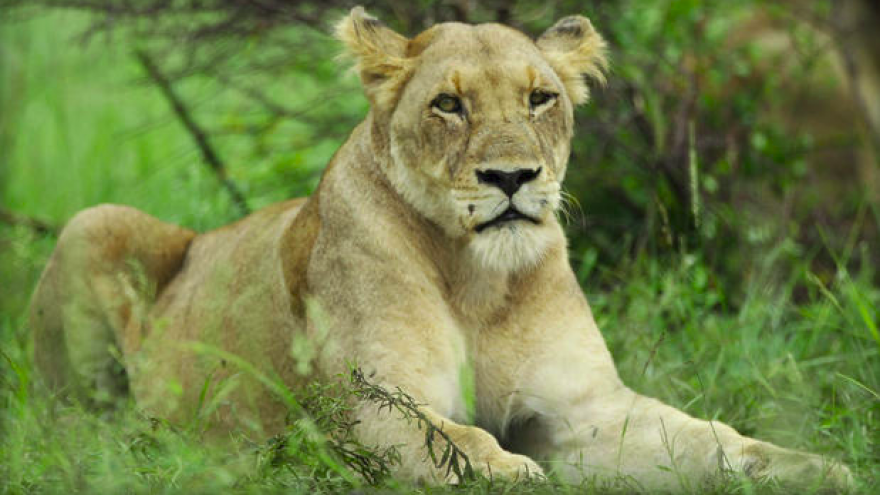 A suspected poacher was mauled to death and eaten by a pack of lions close to the Kruger National Park in South Africa, police said Monday, adding that little was left of the victim's body. The remains were found over the weekend in the bush at a private game park near Hoedspruit in the northern province of Limpopo, where animals have been poached in increasing numbers over recent years.

"It seems the victim was poaching in the game park when he was attacked and killed by lions. They ate his body, nearly all of it, and just left his head and some remains," Limpopo police spokesman Moatshe Ngoepe told AFP.

A loaded hunting rifle was found near the body on Saturday morning. Police are trying to establish the victim's identity.

Last year, several lions were found poisoned near a farm in the same province with their heads and paws sawn off.

Poachers also often target rhinoceroses in South Africa's game parks to feed a booming demand for rhino horn in China, Vietnam and other Asian countries, where it is believed to have medicinal qualities.

© 2018 AFP. All Rights Reserved. This material may not be published, broadcast, rewritten, or redistributed.