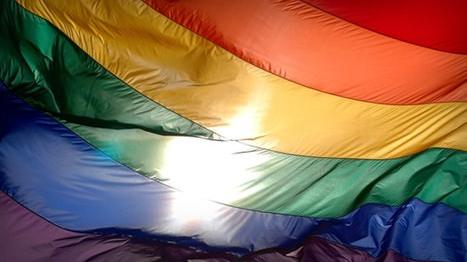 The Supreme Court will review another controversial part of the health care reform law championed by President Barack Obama.

The justices announced Friday they will look at one of the law's most fundamental provisions: tax credits that subsidize health coverage purchased on federal exchanges. The credits are a central element of the law in states that decided not to set up their own exchanges. If the Court rejects them, coverage could be upended for millions of Americans..

Oral arguments will be held next year, with a ruling by June. The Supreme Court upheld another key element of the law -- that individuals pay a tax if they don't sign up for health insurance -- in 2012. The latest cast comes as Republicans who will have full control of Congress next year are also pledging to repeal the law.

The legal argument involves a provision in the health care law that says people who obtained coverage through state-run exchanges can get federal subsidies such as tax credits. But the law does not specifically say that those signing up on the separate federal exchange also are eligible.

Opponents of the law contend that lack of specificity renders illegal the subsidies for anyone who enrolled through the federal exchange. Two federal appeals courts looking at the same issue reached opposite conclusions on the same day, back in July, creating a legal path for final review by the Supreme Court.

The political and financial stakes could be enormous, potentially gutting the 2010 Affordable Care Act, which passed with zero GOP votes.

The White House has previously expressed confidence in the administration's legal position, with spokesman Josh Earnest saying over the summer that Congress clearly intended for all Americans to have access to tax credits if needed so they could afford health insurance.

On Friday, the White House issued a statement saying the lawsuit won't \"stand in the way\" of ACA subsidies, and reflects \"another partisan attempt\" to whittle down the law's reach.

\"We are confident that the financial help afforded millions of Americans was the intent of the law and it is working as Congress designed,\" Earnest said in a statement Friday.

Only 14 states and the District of Columbia set up their own exchanges, meaning that the 4.7 million who signed up for subsidized health coverage through HealthCare.gov could be affected.

For now, the law remains unchanged and the subsidized policies are unaffected until the legal case plays out. The Justice Department will defend the law when the case is briefed and argued in coming months.

The easiest fix-- changing the law to specify that it allows subsidies for coverage purchased through the federal government as well as state exchanges-- would mean reopening the debate in Congress.

But Republican leaders-- fresh over their Tuesday election victories-- now have control of the legislative branch, and vow to revisit key parts of the law, and may be in little mood to compromise with Obama and Democrats.

The current case over subsidies could turn on the meaning of the word \"ambiguous.\"When a law is ambiguous, courts typically give deference to a federal agency's interpretation of the law, which in this case is the Internal Revenue Service rule allowing the subsidies.

This will be the Supreme Court's third high-profile look at the ACA.

The justices in a blockbuster ruling in 2012 allowed the Obamacare law to move ahead, endorsing the key funding provision, the so-called \"individual mandate,\" which requires most Americans to purchase health insurance or face a penalty.

But the conservative majority in June said some closely-held for-profit businesses could deny contraception coverage for their employees, by citing the religious liberty rights of the owners.