Strong connections made with Badgers team in Dallas 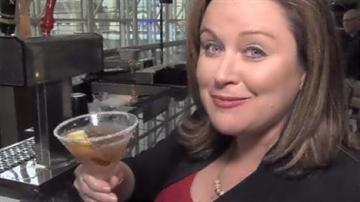 Dallas-From bull riding to basketball, it's the Final Four in Dallas and the Wisconsin Badgers are winning over some converts.

C.C. Pharr of North Carolina has been to more than 30 Final Four events.

He says hearing Coach Bo Ryan speak about his late father after winning against Arizona made him a fan.

Milwaukee has a connection to Dallas; the Margaret Hunt Hill Bridge that leads into downtown was designed by Santiago Callatrava who designed the Art Museum.

And one of the tastiest demonstrations of hospitality is at the Hyatt Regency where they're serving the Bucky Sweet Tea.

It's made from two kinds of gluten free vodka. So, they say it's healthy despite all the sugar.