ELM GROVE, Wis. (CBS 58) -- A teddy bear lost in Elm Grove went on an epic adventure to reunite with his owner thanks to the kindness of one stranger and the tale is stealing hearts all over the community.

Catherine Antczak and her son 2-year old Henry are regulars at the Elm Grove Village Park, and where ever Henry goes so does his best friend Blueberry the black bear.

“He does everything with him,” Antczak.

But one afternoon after a fun day at the park, Blueberry was missing.

“We were looking around and he was like, ‘Blueberry, where are you?’” she said.

They searched for hours but no luck. Antczak said she thought the bear was gone for good.

About three weeks later, Brooke Fadeski and her dog Olive went for a walk in the same park and spotted the bear in the pond.

“It was in one of the grossest parts of the pond, Fadeski laughed. “There’s the teddy bear laying upright with just his muzzle sticking out and right below the water you could see its little paws.”

A mother of three children herself, she knew what she had to do and with a sunflower stalk nearby, the rescue was underway – the stalk that was still there when CBS 58 met with her about the story.

“There was no way I was getting in,” she said. But yeah, I dragged him into safety and this is funny that the stick is still here.”

Fadeski took him home, put him in the wash and posted a picture on Facebook with the caption, “Found this precious teddy bear in EG Park pond looking pretty rough. He’s getting some spa treatments and hoping to find his owner.” 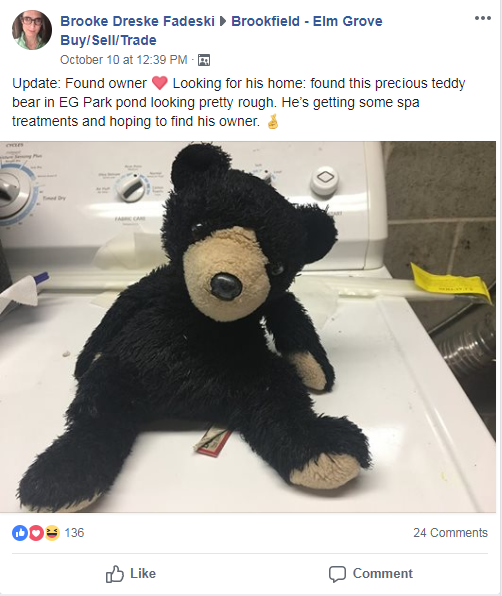 Sure enough four hours later Catherine’s sister tagged her in that very post.

“I was like, “Oh my gosh, it’s Blueberry,” Antczak said. “I think my heart skipped a beat.” 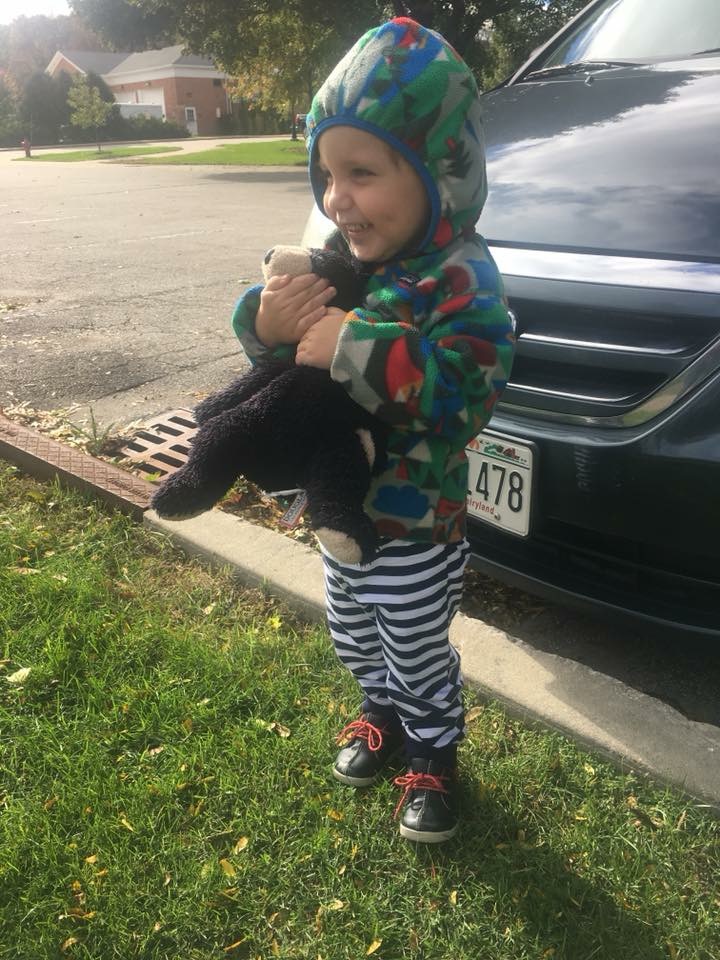 The two families soon met back at the park and Blueberry was back with his best bud along with some photos Fadeski took documenting Blueberry’s epic adventure including cuddling with Olive the dog, dressing up as a pirate and reading a book. 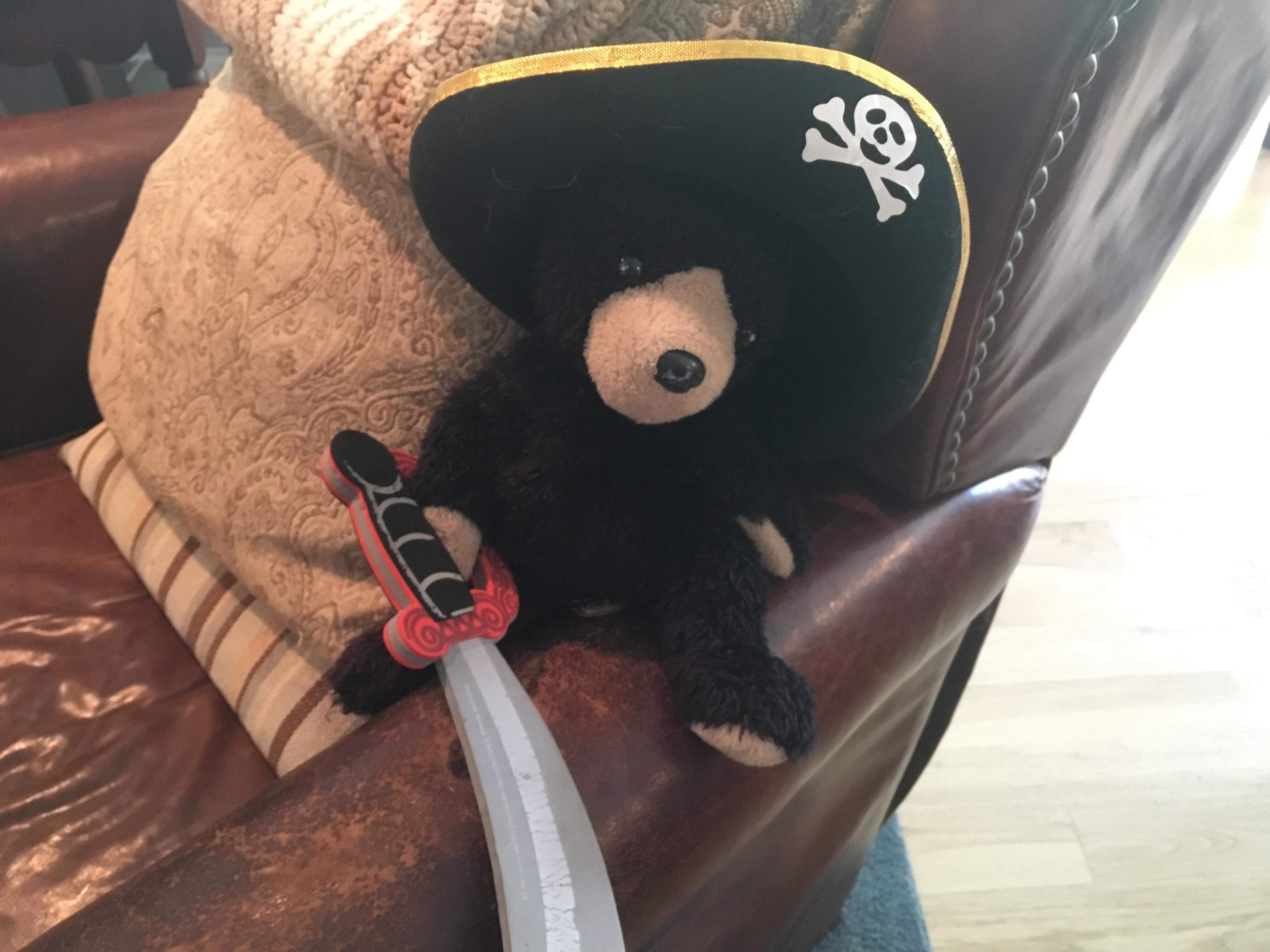 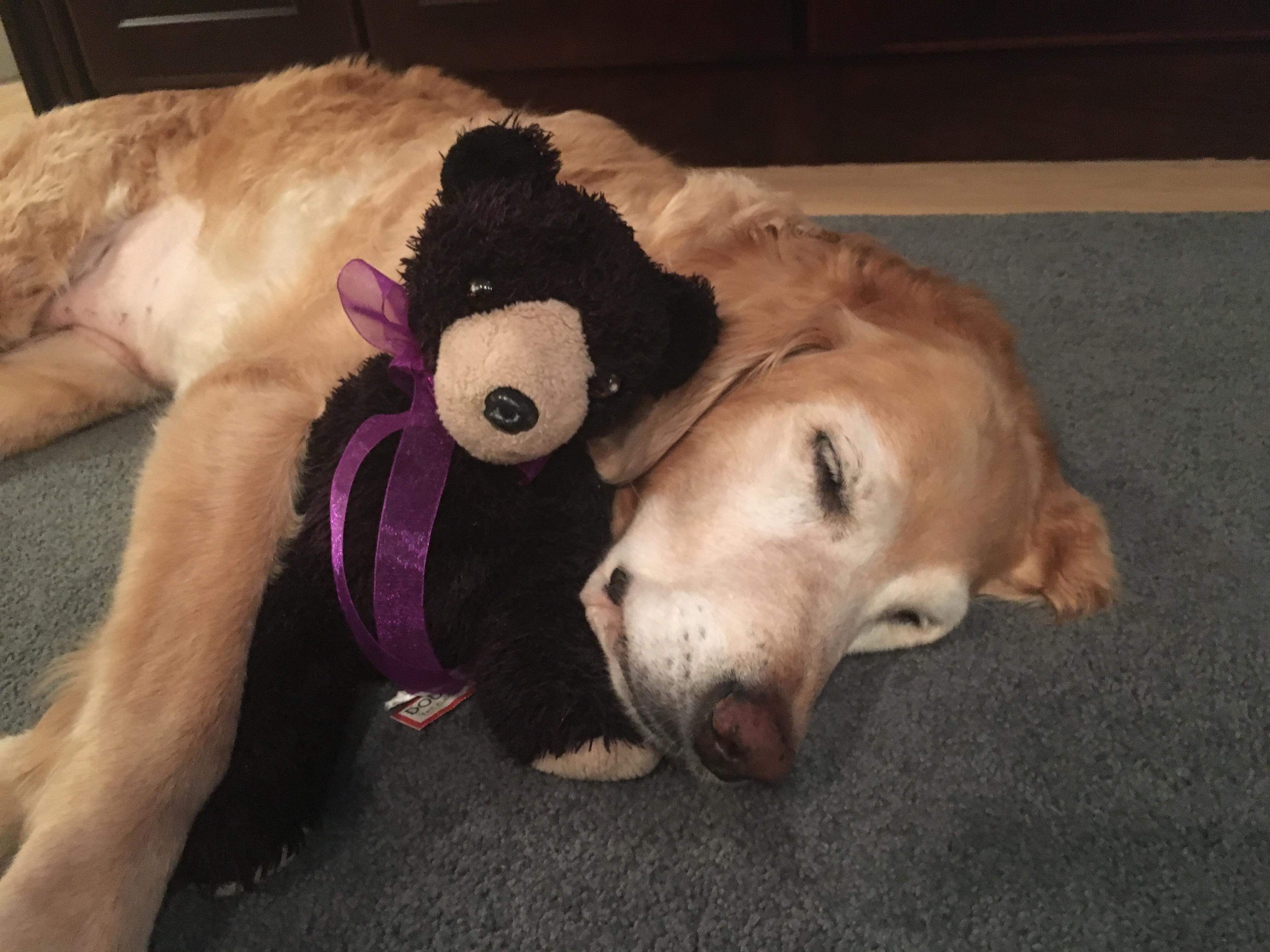 “I think I was just so excited that the owner was found that I was like ok, ‘We need to make this a little bit more fun,” Fadeski said. 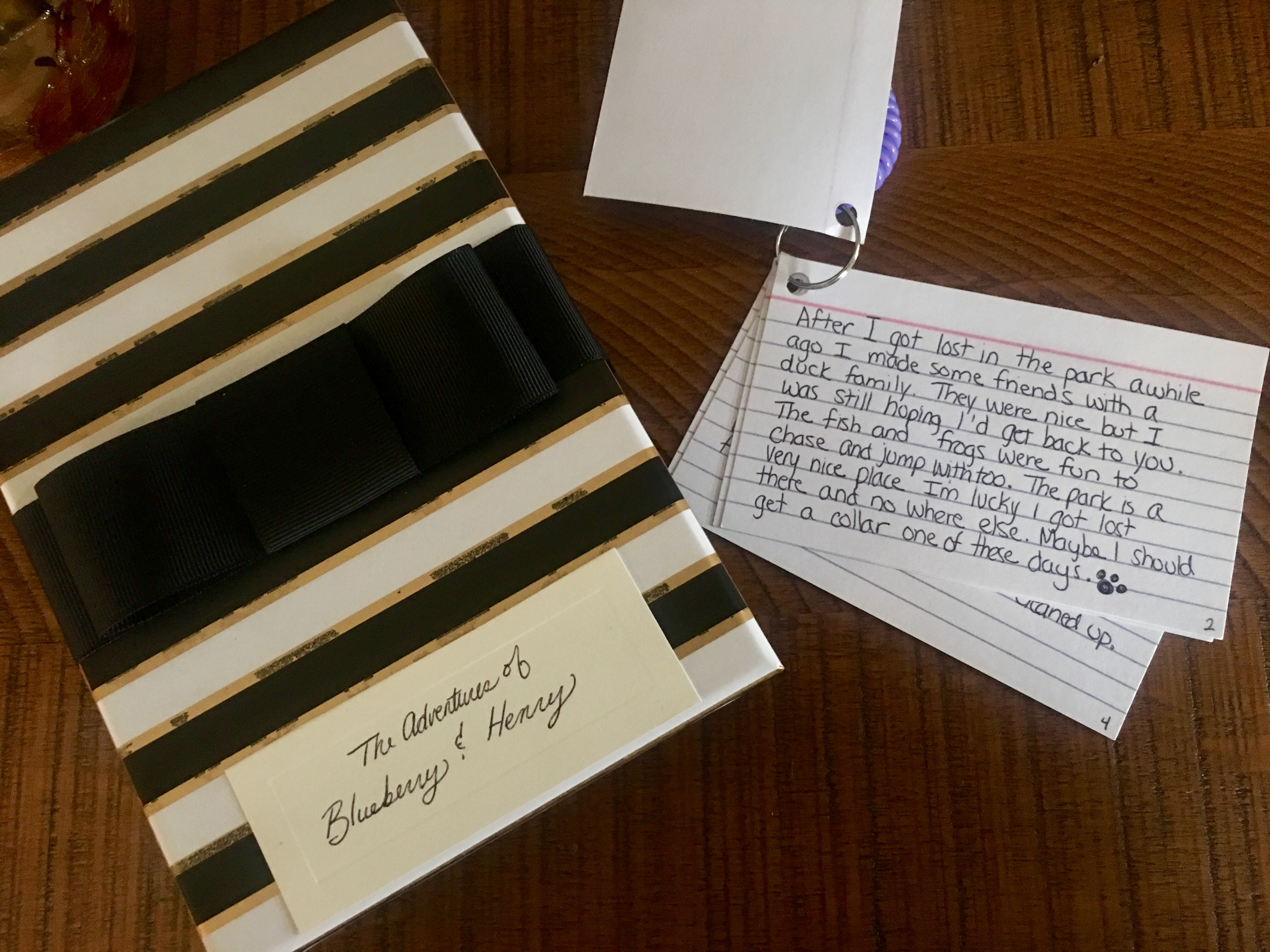 All was right again in Henry’s world - a world where the kindness of strangers goes a long way.

“It will be something that we always remember,” Antczak said. “Just super heartwarming and just really restores your faith in humanity.”