Stephen Colbert talks about The Late Show with CBS 58 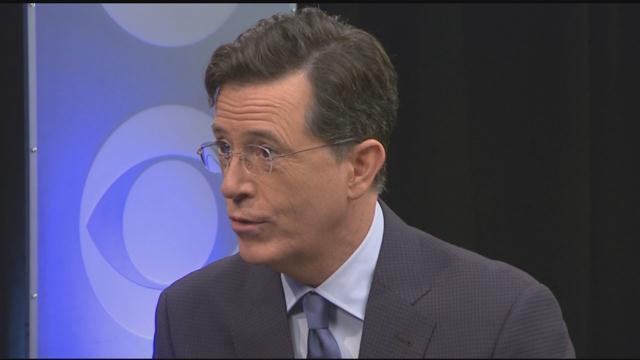 You've probably seen the promos all over our air. Stephen Colbert is coming to late night.

Ahead of the big premiere, CBS 58’s Michele McCormack and Bill Walsh got to sit down with him.

They went down to Chicago to meet him early one morning.

They asked him about a ton of things including his connection to Wisconsin and his early days living in Chicago.

As you likely know, he had a popular show on Comedy Central called “The Colbert Report.\"

Bill Walsh asked how much of that show will make it to the late show.

\"Tons will make it, because you have to keep in mind that what you saw on the old show was my sense of humor and all the same writers are coming over and all the same production staff is coming over. I'm just not going to be a pundit anymore who was willfully ignorant and has to win. Other than that, if you like the old show, you'll like the new one. Join us,” Stephen Colbert said.

Walsh, also, asked him about people who didn't like the old show such as political conservatives who were the target of his jokes on the Colbert Report.

We are airing two stories on the interview.

The Late Show with Stephen Colbert debuts on Tuesday, September8.