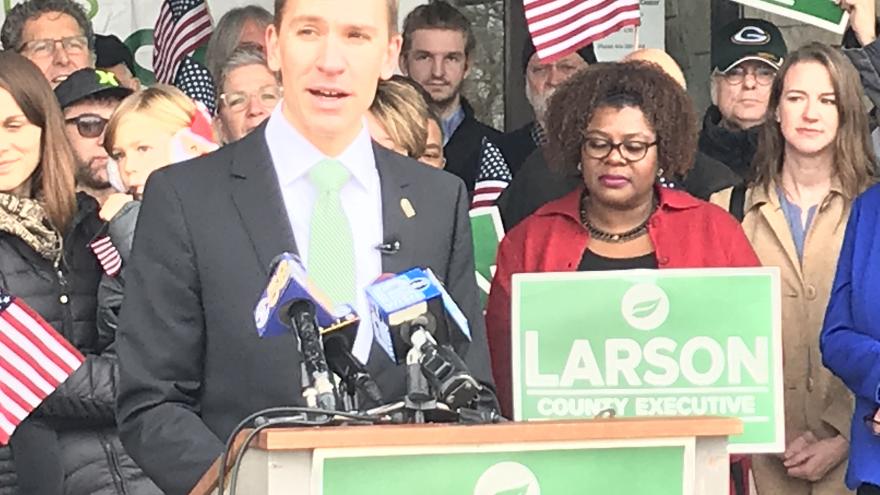 Sen. Larson made remarks in front of the Wilson Park Senior Center alongside his wife, Jessica, son, Atticus and daughter, Stella. 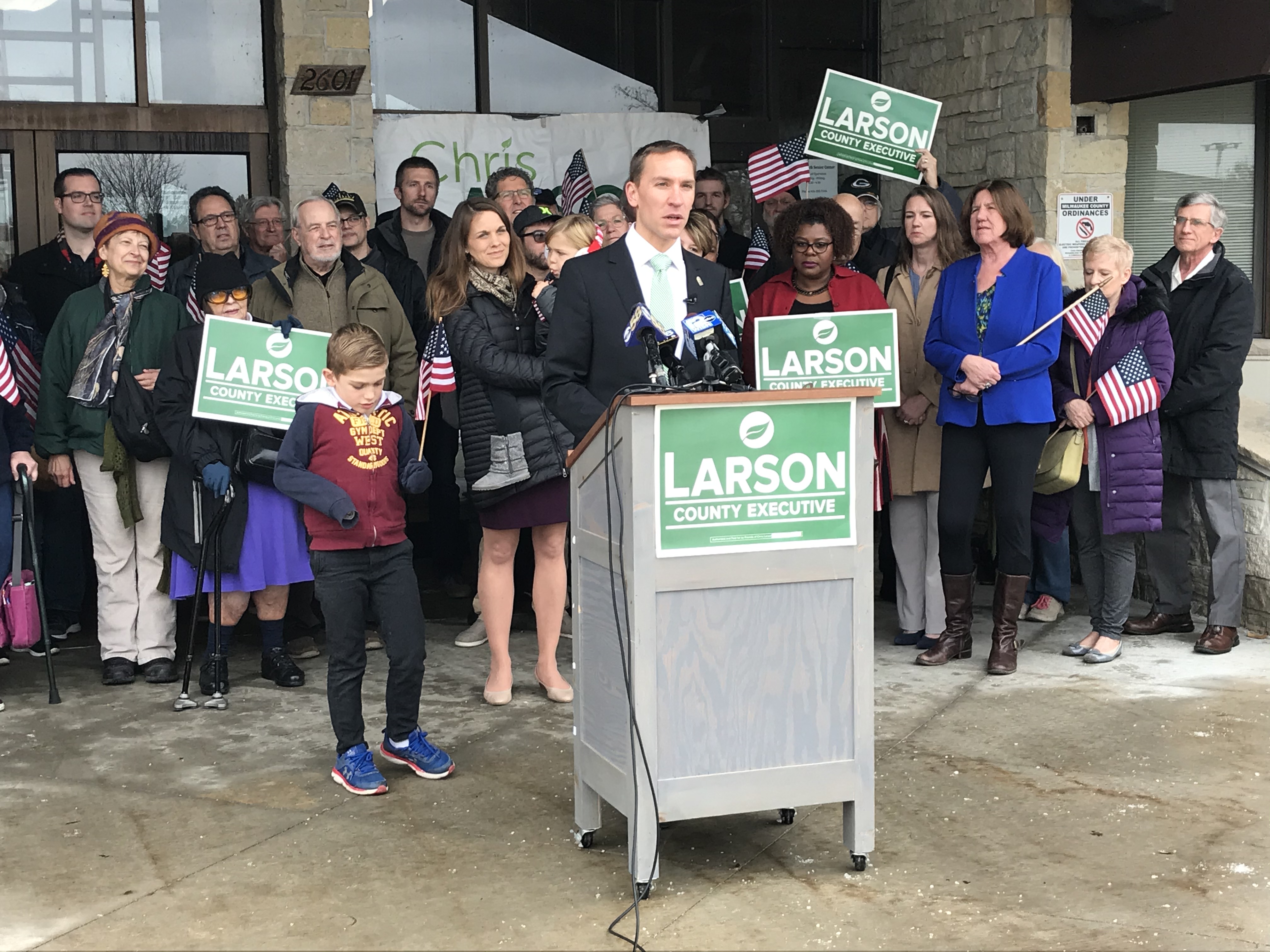 A life-long resident of Milwaukee County, Chris grew up in Greenfield and is a graduate of Thomas More HIgh School and he University of Wisconsin-Milwaukee. Prior to his time in the State Senate, during which he was elected Senate Minority Leader by his colleagues, Chris served as a Milwaukee County Supervisor for his community.

He currently lives with his family in Bay View.