State of emergency declared as wildfire threatens homes near Yosemite 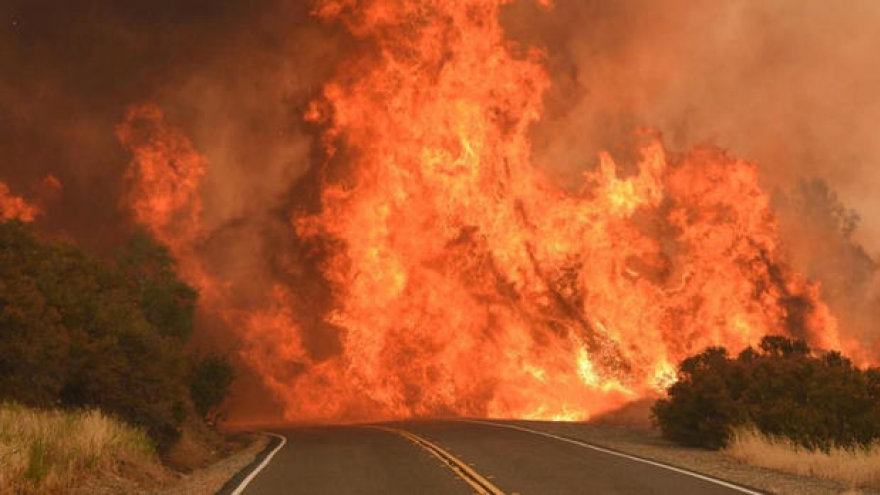 CBS MARIPOSA, Calif. -- Nearly 40 large wildfires were burning Monday night in the West. One of the most aggressive is in the foothills of Yosemite National Park.

More than 2,000 firefighters have been battling the massive blaze since Sunday. But as the wind pushed the fire closer to a community of 1,500 homes late Tuesday, California's Gov. Jerry Brown declared a state of emergency. Thousands were ordered to evacuate the town of Mariposa. Main Street became a ghost town.

Mia Glor, who owns the Mariposa Lodge, spoke to CBS News amid the wildfire.

"Everyone is scared. You would never think something like this would happen in your town," Glor said.

The fire has knocked out some power lines, and threatens more in Yosemite during this peak tourist season. Record rain that ended the drought has also fueled the fire -- creating dense vegetation that has burned with lightning speed.

Cal Fire's Lucas Spillman explains what about the fire blew out of control in the last 24 hours.

"As you can see with the dead trees and the brush it's just a combination of everything," Spillman said. "It's a powder keg and that's why it's just continuing to burn quicker than we can contain it."

More than a dozen choppers and air tankers are making constant water and retardant drops, but Cal Fire has requested even more help to try and get ahead of the fire.

Dozens of firefighters were standing at the ready Wednesday evening and pulled their lines toward homes. They are ready to protect people as well. One homeowner refused to leave despite evacuation orders.