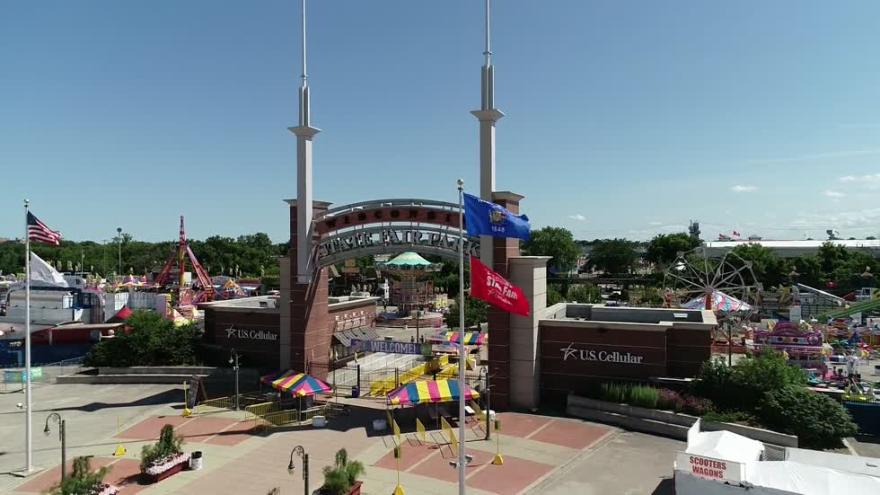 “We work diligently to build lasting partnerships like the one we have with Bank Five Nine,” said Jen Puente, Chief Marketing Officer at Wisconsin State Fair Park. “This brand alliance has been truly enriching in providing a platform for Bank Five Nine to further serve the community and connect with our Fairgoers.”

Launching the State Fair into 11-nights of entertainment is The Boy Band Night, an all-live boy band tribute show that full of fan-favorite songs on the opening night of the State Fair, Thursday, Aug. 4. Too Hype Crew will follow and dazzle Fairgoers with hip-hop anthems on Friday, Aug. 5.

The Milwaukee Bucks official DJ, DJ Shawna will serve up beats at the Amphitheater stage on Saturday, Aug. 6. Rounding out the weekend is a State Fair mainstay; Kids from Wisconsin will showcase top-tier talent on Sunday, Aug. 7.

Performing back-to-back nights on the Bank Five Nine Amphitheater comes Herman’s Hermits starring Peter Noone on Monday, Aug. 8 and Tuesday, Aug. 9. This iconic group from across the pond is sure to delight and bring back fond memories. Resurrection – A Journey Tribute will perform classic hits on Wednesday, Aug. 10 and Chicken Wire Empire, a Milwaukee contemporary bluegrass group, will take the stage on Thursday, Aug. 11.

Kicking off the last weekend of the Wisconsin State Fair is Milwaukee legend Pat McCurdy, performing his great music including the memorable, “Come with me to the Wisconsin State Fair” song on Friday, Aug. 12., Liliac, the 5-piece Los Angeles-based family rock/metal band, will entertain Fairgoers on Saturday, Aug. 13. Closing out this diverse lineup is the Flex at the Fair Finals, a bodybuilding and physique championship on Sunday, Aug. 14.

“Bank Five Nine is proud to support the Wisconsin State Fair, as our two organizations are deeply committed to supporting Wisconsin businesses and families,” said Jeff McCarthy, VP, Marketing Director of Bank Five Nine. “We look forward to seeing everyone at the Bank Five Nine Amphitheater for great music and entertainment.”

According to a news release, Bank Five Nine has helped support local families and businesses in the communities they serve since 1859. As a locally owned, independent community bank, they offer a complete suite of banking products and services, robust online and mobile solutions, and convenient locations throughout the area.

In addition to the title sponsorship of the Bank Five Nine Amphitheater, 13 Bank Five Nine branch locations are selling $12 State Fair tickets – a $5 savings off the adult gate admission price – now through June 30.