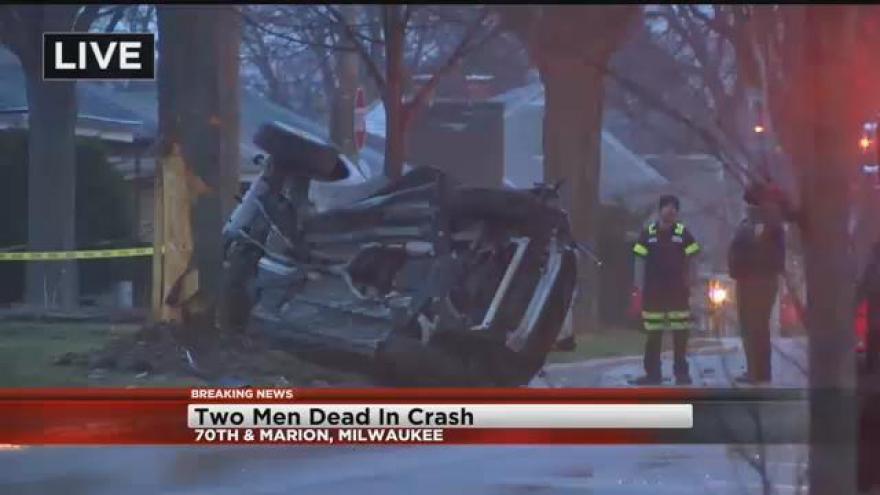 Two men are dead after the car they were in crash into a light pole before slamming into a tree.

According to the Milwaukee Police, the vehicle was traveling at a high rate of speed before the crash occurred.

The Milwaukee County Medical Examiner says two adult males died in the crash.  Their ages and identities have not been released.

According to the Police, no other vehicles were involved in the fatal accident.

Several neighbors tell CBS58, drivers speeding is a daily occurrence. One neighbor described it as a 'racetrack,' while another called it 'I-94.'