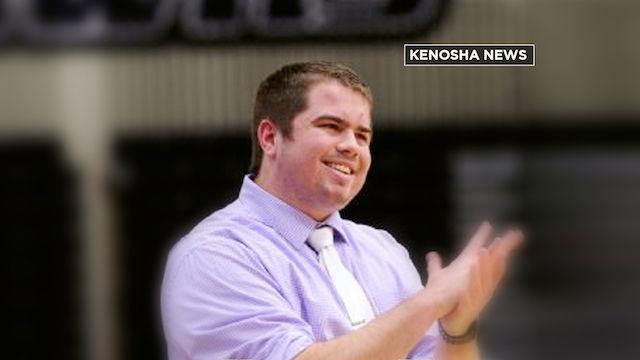 The former Indian Trail High School teacher and girl's basketball coach appeared in court Monday. Jeff Spencer, 25, is at the center of a police investigation into his conduct with two underage girls.

Officers were called to school on February 6 to investigate the conduct of Spencer and his communications with a student, according to a release from the Kenosha Police Department.

In court Monday, it was revealed that prosecutors have evidence of him sending sexually explicit phone messages to two girls on separate occasions and allegedly kissed one of them twice.

Officials with the Kenosha Unified School District confirm Spencer was a teacher and basketball coach for the girls varsity team. Police say he has resigned from the district, effective February 9.

A representative from the district attorney's office said in court that one of the alleged victims told friends who then told their parents and it was the adults who contacted authorities.

In addition to a cash bond of $20,000, the court ordered Spencer to stay away from the two girls listed in the complaint. He's also been ordered to stay away from any place or event where minor girls are present.