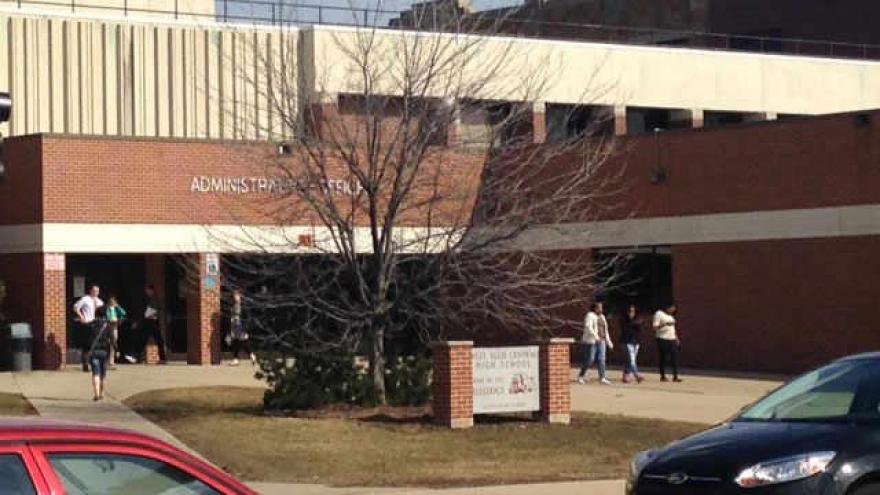 According to police, it appears the student was "joking around with friends" when he made an inappropriate statement. Police say conversations on social media over the weekend may have exaggerated the incident.

I would like to update you about a social media post that caused us to communicate a safety concern at Central High School today.
First, I want you to know, the day at Central started very positively and continued that way as we worked through the concern. Students and staff were present and teaching and learning went on as usual. We continued to have some additional police presence in support of the situation.

Next, after meeting with Principal Taylor, we learned that the original issue leading to the inappropriate social media post actually took place last week. It involved students teasing one another. One of them, jokingly, threatened the school.
When other students heard the comment, they posted it on social media rather than telling their parents, school administration, or the School Resource Officer.

We are deeply committed to helping our students understand how important it is to be respectful, responsible, and safe. We tell students, “if you see something - say something” yet, we need them to understand that posting matters such as this on social media is disruptive.

Threats (verbal or on social media) are in violation of the Code of Conduct in our Rights and Responsibilities Student and Parent Handbook. As a District, we will continue to pursue all legal and school consequences related to these types of incidents.

We do not believe this incident is reflective of the West Allis Central High School student body or the positive behaviors and relationships we foster in our schools.

We remain committed to maintaining a safe and orderly school environment for all.