Social media outcry over Georgia veteran's visitation with no coffin 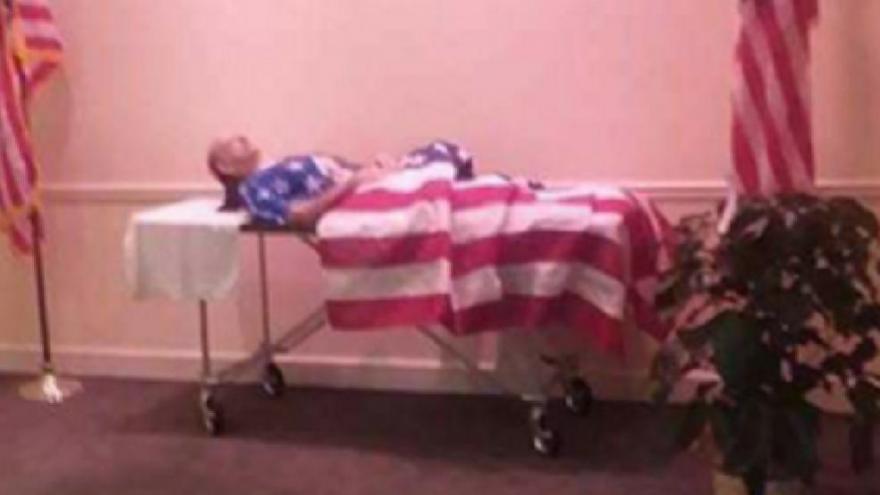 CATOOSA COUNTY, Ga. — (CBS AUSTIN) A dispute over a Ringgold veteran's funeral has gotten the attention of thousands on social media. Family members of George Taylor shared pictures of the veteran's body displayed on a gurney with a flag draped on top. There was no coffin for the visitation that happened at Heritage Funeral Home on Battlefield Parkway.

As of 1 p.m. on Friday, Ella Moss's post about this on Facebook has been shared more than 1800 times.

Taylor's family says Heritage Funeral Home in Fort Oglethorpe refused to put Taylor in a casket because of problems with the life insurance payment.

Taylor's son, James Taylor, says they were given little to no notice prior to the visitation of the problem. He says he and another family member agreed but felt it was a disgrace to his father. He also claims the funeral home refused to bury his father until they received payment.

NewsChannel 9 spoke to the funeral home representatives who say they did what the family asked and did nothing wrong. They also said since the photo was shared on social media, they've been receiving threats from the community.

The funeral home and the family came to an agreement before Friday afternoon's service. Taylor was placed in a coffin in time for the service and the burial.

The Chattanooga National Cemetery says they reached out to the funeral home this morning after a worker at the cemetery, also a veteran, saw the post and expressed concern. Director Charles Arnold says he contacted the funeral home and was told Taylor would be placed in a proper casket for the burial.

As word got out and Taylor's funeral procession to the Chattanooga National Cemetery got underway, some people who got word of the story on social media made a point to pay him tribute.