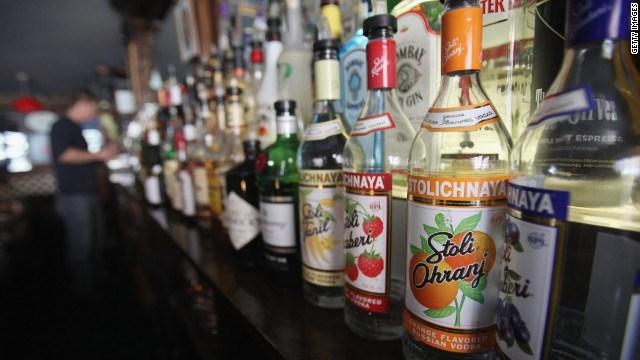 (CBS NEWS) Many people have seen a movie in which a drunk character accuses everyone else of being drunk too. But a new study from the United Kingdom suggests that in real life, being surrounded by sober individuals may actually have a, well, sobering effect.

In other words, if that drunk person in the movie was actually surrounded by sober people, he or she would be more likely to realize it — and to think of himself as drunker than them.

“Researchers have historically worked under the assumption that those who drink [the] most alcohol incorrectly ‘imagine’ everyone else also drinks to excess,” Simon Moore, a professor of public health research at Cardiff University in Wales and the lead author of the study, said in a statement.

“It turns out that irrespective of how much someone has drunk, if they observe others who are more drunk than they are, they feel less at risk from drinking,” Moore said.

In other words, people evaluate their own levels of drunkenness by comparing themselves to other people around them. And when they’re surrounded by drunk people, they’re more accepting of being drunk.

In the study, the researchers stationed themselves at four locations in the city of Cardiff, Wales, where there was a lot of nightlife?. Between the hours of 8 p.m. and 3 a.m., the researchers approached every seventh person who walked by and asked if they could measure that person’s blood-alcohol? levels with a breath test.

In addition, the researchers surveyed a subset of those people about how drunk they thought they were, and whether they considered their drinking to be a health risk. For example, the participants rated how drunk they were on a scale from 1 (totally sober) to 10 (completely drunk), and how likely they thought it was that drinking would damage their health in the next 15 years, from a 1 (definitely will not) to 10 (definitely will).

When interviewing the intoxicated individuals, the researchers asked for verbal consent and told the people that they could stop participating in the study at any time, according to the study.

Results showed that, on average, the people reported that they felt “moderately” drunk and said that their health was “moderately” at risk from their drinking.

Using mathematical models, the researchers calculated how the average level ofintoxication? compared to how drunk people thought that they were, and how risky they considered their behavior to be. The investigators also factored in how people might react if more drunk people were around or if more sober people were around. [11 Interesting Facts About Hangovers]

Based on the models, “it appears that drinkers are more self-aware of their own level of intoxication when in the presence of those who are sober,” the authors wrote.

Results showed that “introducing sober people into a drinking environment would be predicted to have a greater impact on judgments, making people feel more at-risk and more intoxicated, compared to the effect on decreasing feelings of riskiness one might expect if very intoxicated people were introduced into the environment.”

The findings may have important implications for public health, Moore said. To reduce excessive alcohol consumption?, Moore suggested increasing the number of sober people in a drinking environment.

The researchers noted that the study did have limitations. It’s possible that the people surveyed in the study may have had social relationships with one another, which could have influenced how much they were drinking. However, the researchers tried to interview people who were not part of the same social circles, but were simply in the same location, the scientists said.

The study was published on Sept. 12 in the journal BMC Public Health.