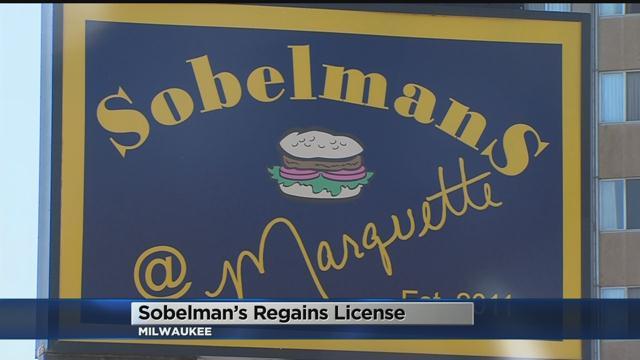 The owner of a popular burger joint on the Marquette University campus can once again serve beer with that beef.

Sobelmans had its liquor license pulled last month following an accidental shooting, although the owner thinks it had more to do with his past clashes with a veteran alderman.

The common council approved the motion to grant Sobelmans its’ liquor license back.

The restaurant was shut down after the owners failed to show up to a council meeting to renew their license, which expired at the end of august.

The owner said he didn't know he had to be there.

It reopened two days later but without its liquor license.

The common council noted that the restaurant did not have any signs prohibiting firearms, which they took issue with after someone accidentally fired a gun while walking into the restaurant earlier this summer.

Dave Sobelman said he has agreed to put up signs banning guns, and that Marquette will be providing them.