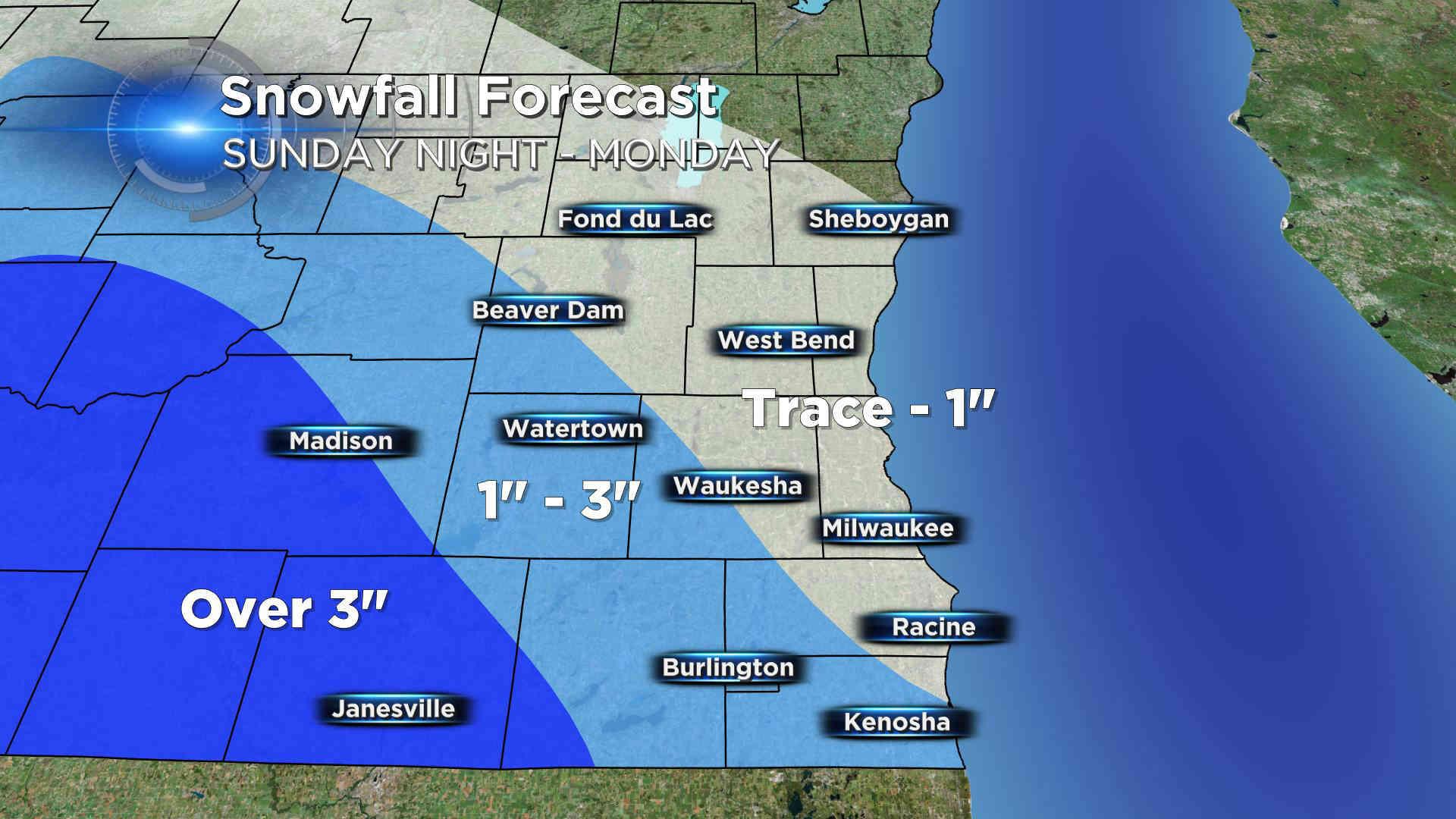 We have gone exactly 20  days since the last time we saw measurable snow in Milwaukee. 20 days ago we picked up 3.4\" and although most everyone will see some snow tonight it will be much less than that for most.

As of Sunday evening a very narrow but at times intense band of snow has set up to our west and is slowly moving eastward. Portions of NE Iowa and extreme SW Wisconsin have already picked up 7\" of snow.

The areas that will pick up the most snow are under a winter weather advisory or winter storm warning. None of the counties in our viewing area are included in these headlines, but Dane & Rock counties just to our west are.

The Milwaukee metro area will be skirted by the heaviest snow as it stays near and west of the Madison area. Milwaukee will still pick up on some snow. Up to 1\" will be possible from Beaver Dam to Waukesha to Racine and areas north with places like Sheboygan only seeing a trace or dusting to a few tenths. Between Madison and this line will pick up 1-3\". Areas west of Madison will be hardest hit seeing over 3\".

Although it won't be a lot of snow, Wisconsinites are a little out of practice driving in snow so allow some extra time on the morning commute and drive slow. Snow will wrap up around midday Monday. After Monday we get a little seasonal whiplash with spring making a two day return Tuesday & Wednesday as temperatures climb back into the 40s and even 50s with a good soaking rain possible. After that, it's back down into the 30s for the end of the week.