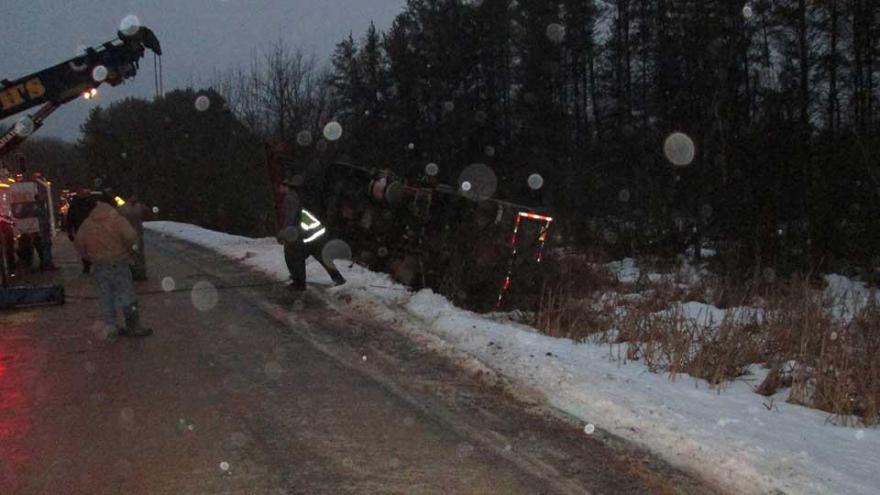 Washington County Sheriff’s Office responded to a municipal snow plow that overturned on an ice covered Town of Kewaskum road today at 6:38 a.m.

The investigation revealed the operator was traveling down an incline on the ice covered road at about 5 mph.

The driver of the truck was not hurt. The truck only had minor damage and was driven away from the scene after rolled back onto the road.