It's been an unexpectedly sunny day near the lakeshore thanks to an onshore wind, but the clouds have been expansive 8-10 miles inland. 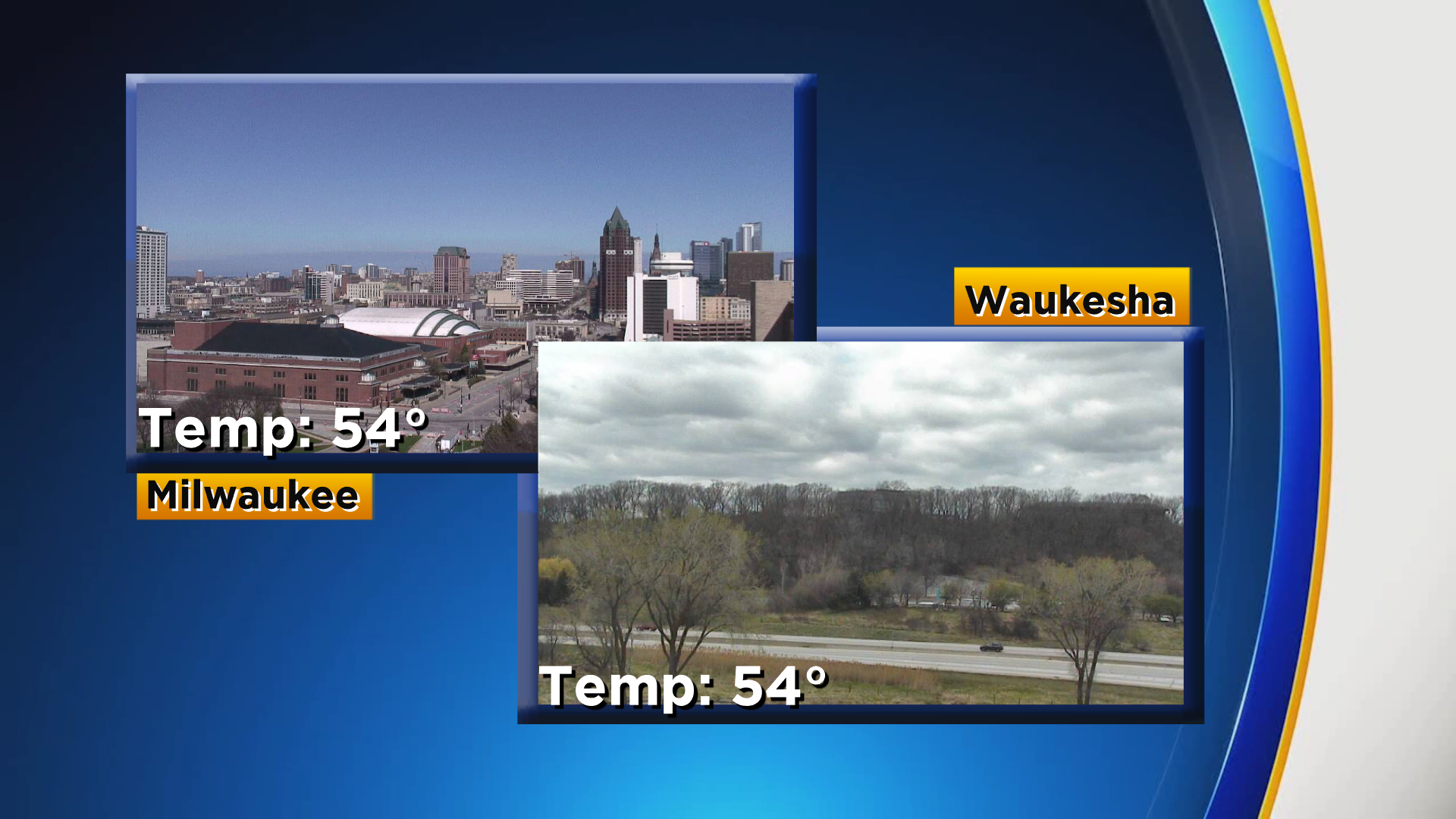 We've also had plenty of dry time today, which was welcomed after a soggy Saturday. Most of southeast Wisconsin picked up .50-.75" of rain on Saturday, but moderate to heavy rain in Ozaukee and Washington counties pushed totals over an inch. 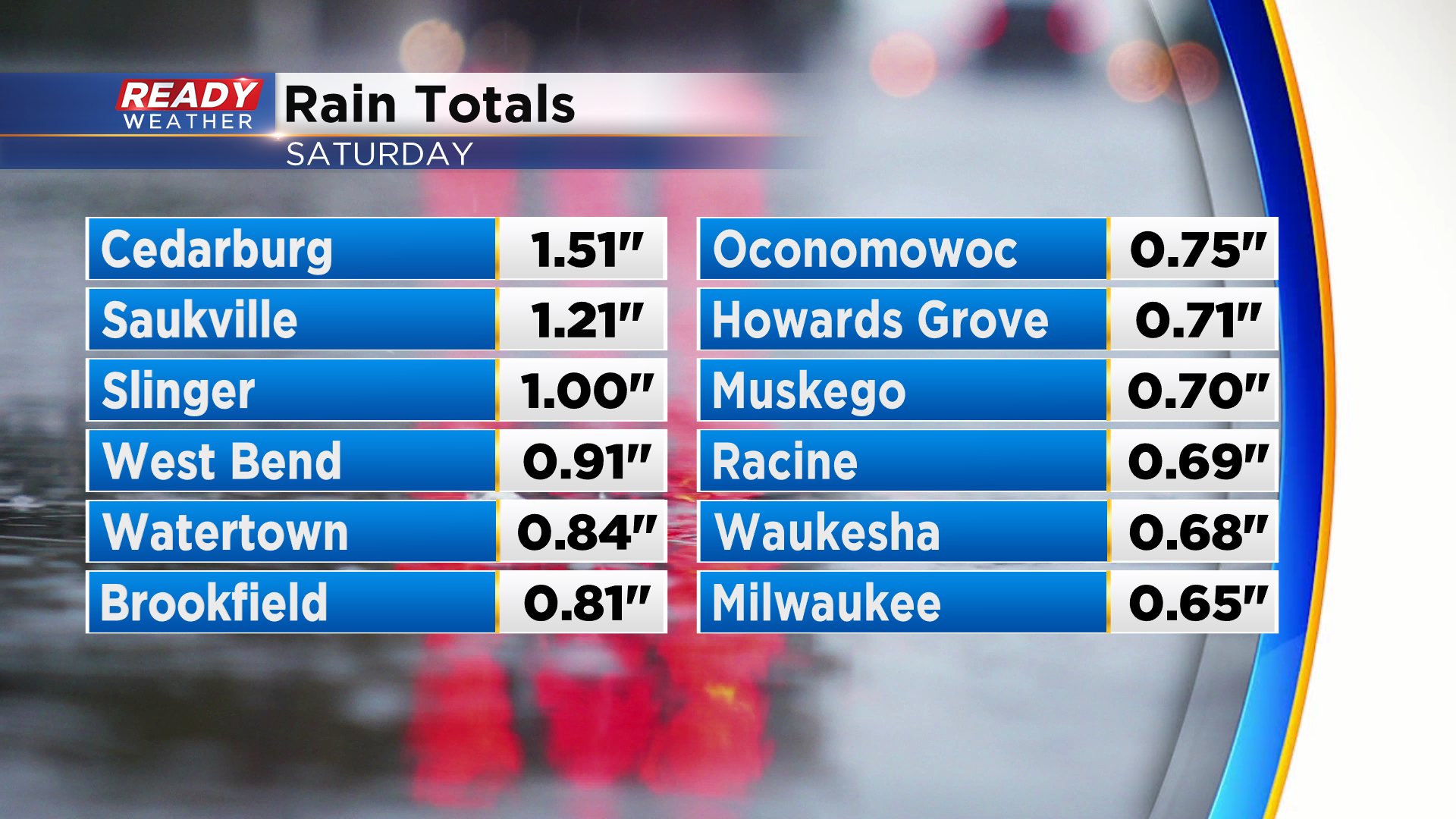 As winds turn to the west this evening clouds will fill back in near the lake with isolated light showers possible this evening into early Monday morning. This band of light rain will be pivoting to the north by sunrise, so the best chance for showers during the commute will be north of Milwaukee. 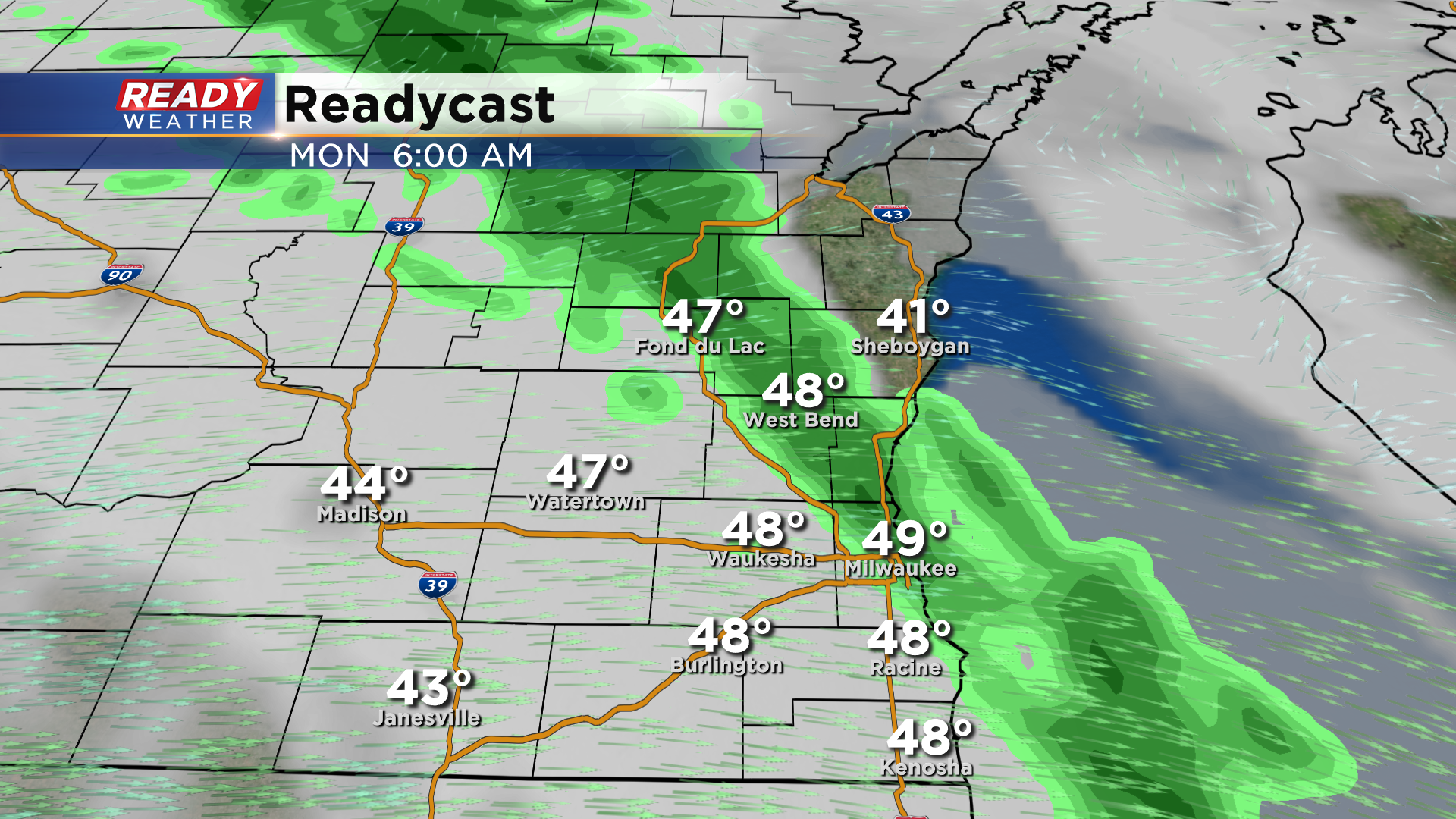 Most of the area will dry out after 9am, but a stray sprinkle is possible late in the afternoon. Some breaks in the clouds should allow temperatures to climb into the upper 50s to around 60 on Monday, which will be the warmest day this week. 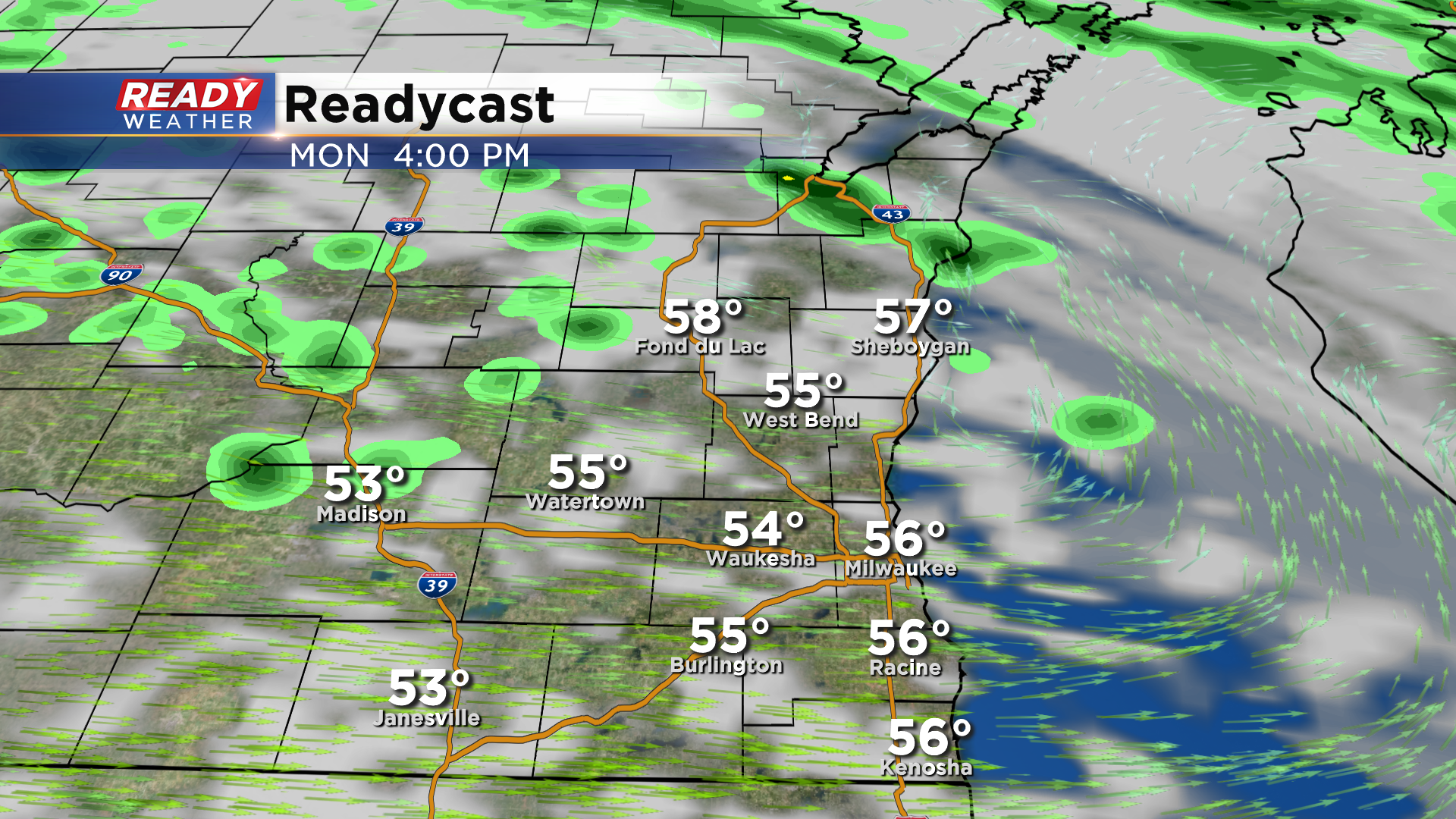 This upper level disturbance will spin over the Great Lakes on Tuesday and Wednesday, so we can't rule out at isolated late day shower both days. However a majority of both days will be dry and any showers that pop would be very light. 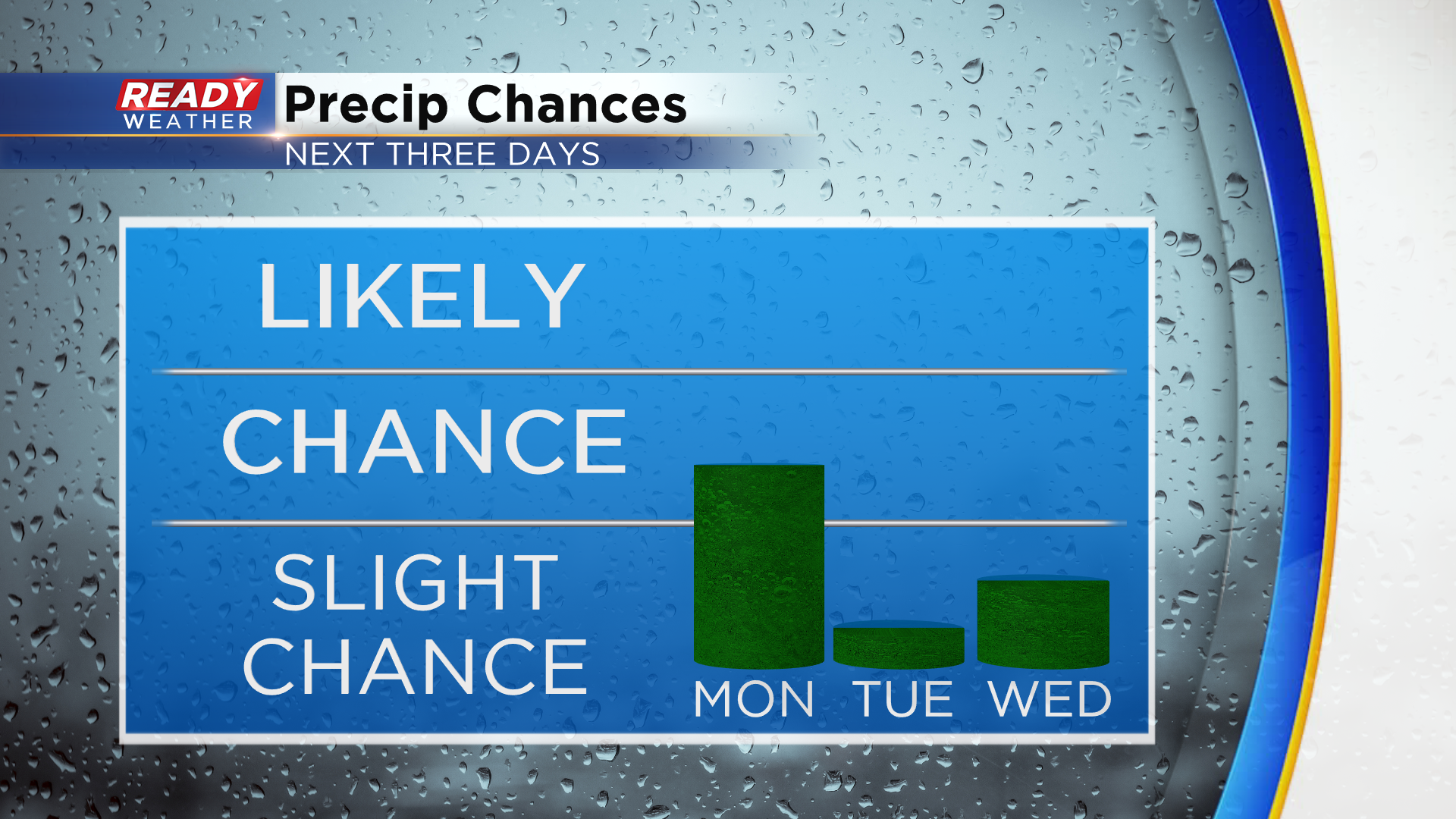 Dry weather returns for the second half of the work week with seasonal temperatures in the 50s throughout the week. Download the CBS 58 Ready Weather App to track the isolated showers on Monday.