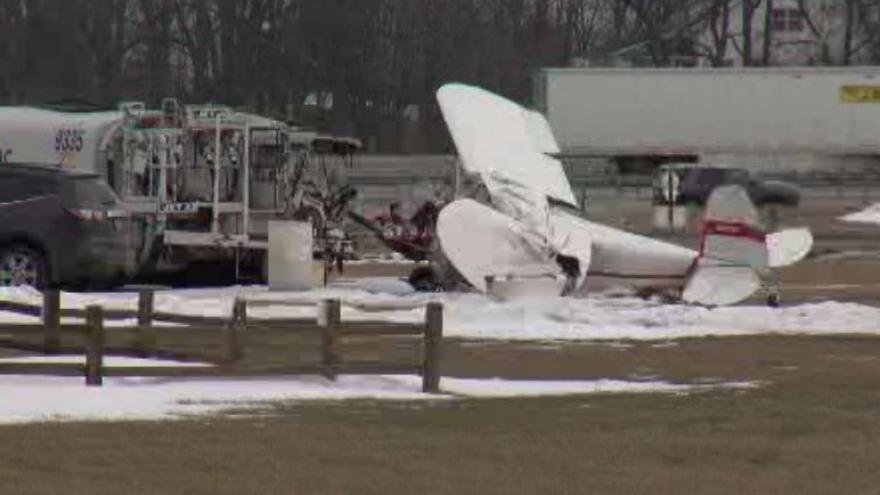 RACINE, Wis. (CBS 58) -- A small plane crashed in Racine County on Tuesday, Jan.18, near the Sylvania Airport in Sturtevant.

A CBS 58 crew at the scene could see an aircraft on the ground with several emergency crews around it.

According to the Racine County Sheriff's Office, the single-engine Cessna plane crashed prior to take-off. The plane had significant front-end damage and was near a fuel tanker truck.

Deputies identified the pilot and sole occupant of the airplane as a 79-year-old Waterford man. He was conscious and breathing and taken to Froedtert Hospital via Flight for Life.

It was determined prior to lift-off, the plane’s wing struck the fuel tanker truck, which spun the plane around, and caused the airplane to crash head-on into the truck.