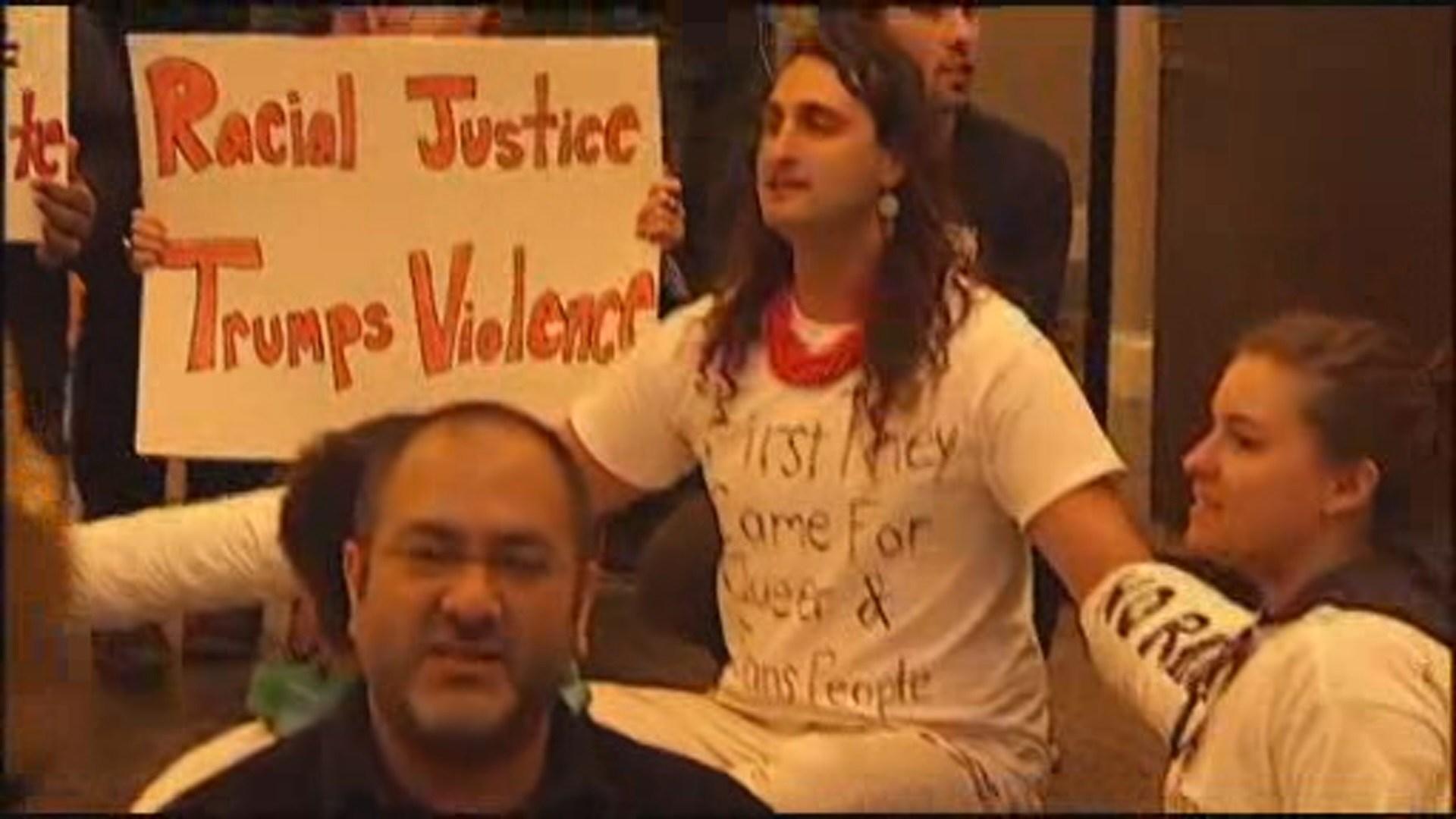 Six protesters joined in a “sleeping dragon” were arrested last night as they refused to leave the lobby of the Janesville Holiday Inn, the site of today’s campaign rally for Donald Trump.

According the Janesville Police, the six chained their arms together inside sections of PVC pipe in a tactic called the “sleeping dragon,” which is designed to make it difficult for authorities to separate the protesters.   Police negotiated with the six for several hours, but they refused to leave the lobby and were arrested.

They have been charged with trespassing, disorderly conduct and obstructing an officer.  They were taken to the Rock County Jail where they posted bond and were released.

The six were a part of approximately 70 people who were protesting the today’s appearance of the Republican front runner, Donald Trump.   According to the Police, the protest began around 6:30 PM and the majority of the  protesters left peacefully at 11 PM.

This morning a Police spokesperson said they expect more protesters this afternoon when Donald Trump makes  a campaign appearance at the hotel.