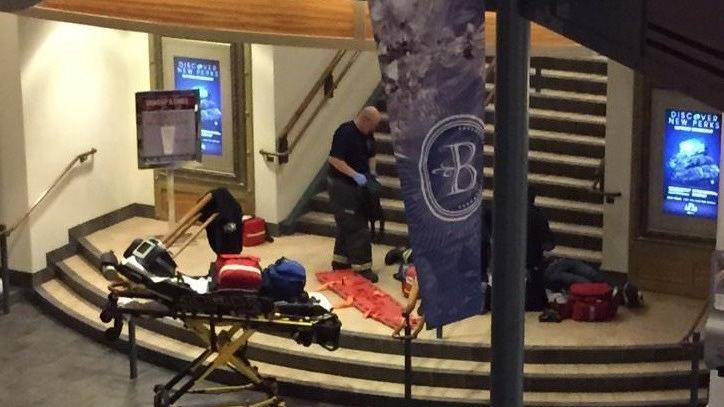 Glendale police say emergency responders were called to the mall just before 9:20 p.m. Monday after the man, identified as Dustin Strzelecki, fell over a railing and landed about 20 feet below on the rotunda floor. He was found unconscious at the base of a stairwell.

Police talked to nearly 20 witnesses and determined the fall was an accident. No foul play is suspected.

North Shore Fire & Rescue crews couldn't say specifically what injuries the 21-year-old suffered, but said he was in \"extremely critical\" condition when they arrived.

\"Usually the rule of thumb for us in the trauma world is anything more than double your height,\" North Shore Fire & Rescue Lt. Dan Tyk said.  \"I don't know exactly how tall [Strzelecki] was, let's call him six feet, so anything higher than 12 feet is considered a traumatic or significant fall.  He's falling basically double that.\"

Strzelecki, of Silver Lake, was stabilized by emergency responders before being taken to Froedtert Memorial Hospital by Flight for Life, where he remains in critical condition.