Sign to be erected on I-94 for Basilica of St. Josaphat 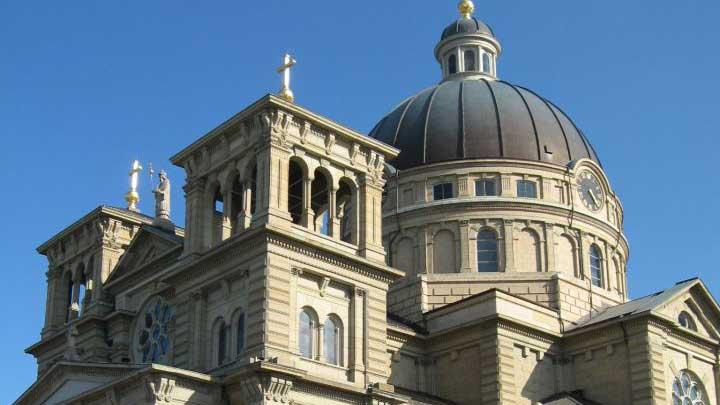 A sign will be erected on I-94 directing visitors to the Basilica of St. Josaphat in Milwaukee.

The Basilica of St. Josaphat is located at 2333 South 6th Street.

The church was opened to the public in 1901.

State Representative JoCasta Zamarripa (D-Milwaukee) released the following statement after Assembly Bill 83 (AB 83) was signed into law clearing the way for directional signage to be constructed on I-94 directing visitors to the Basilica of St. Josaphat on Milwaukee’s south side:

“It was an honor to introduce this bill and shepherd it through the legislative process at the request of the Basilica of St. Josaphat.  The basilica stands as the crown jewel of my legislative district, brings tens of thousands of people from around the world to Milwaukee each year, and now will have adequate highway signage directing people on how to arrive at the landmark site from the freeway.

“I want to thank Susan Raabe, President and CEO of the St. Josaphat Basilica Foundation, for bringing the need for this legislation to my attention last summer.  I also want to thank Sen. Tim Carpenter for introducing companion legislation in the State Senate.  It was a pleasure to move this bill through the legislature with broad bipartisan support.

“Any time I can work on legislation that will bring more people to Milwaukee’s historic south side, I am happy to do so.  That is exactly what this bill will do.”