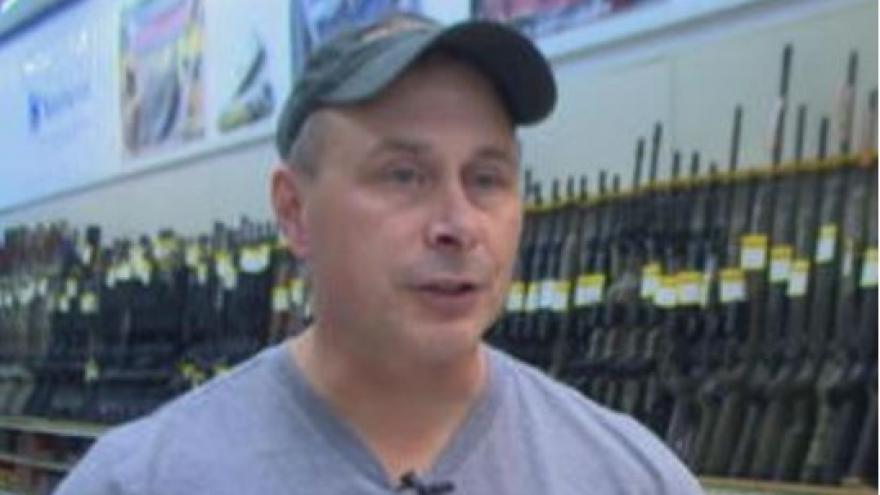 (CBS NEWS) -- The investigation into the Texas church shooting is raising big questions about how the gunman was able to buy his weapons. The United States Air Force made a mistake by not reporting the results of Devin Kelley's 2012 court martial. His conviction on two counts of domestic assault should have barred him from buying the rifle used in the massacre.

According to law enforcement sources, Kelley purchased a Ruger AR rifle in April of 2016 at a San Antonio gun shop. In December of 2014 – the same year he received a bad conduct discharge – Kelley bought a Glock 9-millimeter handgun at a store in Colorado Springs.

"Until we have an approval, we cannot and we will not transfer a firearm to a person," said Jeff Lepp, the owner of that store.

He says he relies on the national database to screen his customers. Now, he's left wondering how the system broke down.

"You never want to sell something to somebody who's gonna commit any form of a crime, let alone a mass murder like this," Lepp said.

Air Force officials are required to enter the names of domestic abuse offenders into a national data base that would prevent them from purchasing firearms. But in Kelley's case, that did not happen.

Air Force court martial documents from 2013 show Kelley pleaded guilty to striking, choking, kicking and pulling the hair of his then wife on two separate occasions. As part of his guilty plea, five other counts of domestic violence – including pointing a loaded gun at his wife – were withdrawn.

He also pleaded guilty to striking his young stepson "on the head and body with a force likely to produce death or grievous bodily harm."

"What he was convicted of should have stopped him from getting a gun," said Col. Don Christensen (Ret.), who was formerly the Air Force's top prosecutor

He says Kelley hit his stepson so hard he fractured the boy's skull.

"He should not have had a gun because one, the maximum punishment was more than a year, and two, it involved domestic violence," Christensen said.

Kelley has had other run-ins with the law, as well. In 2014, he was cited for animal cruelty after witnesses said they saw him beating a dog with his fists. That charge was ultimately dismissed.