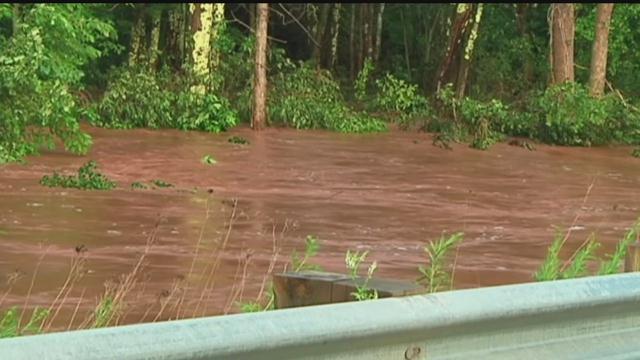 In Wisconsin, Bayfield County sheriff's officials say an 84-year-old Illinois man died Tuesday when his vehicle became submerged in a flooded ditch. A firefighter was able to rescue the man's wife, who was a passenger.

In nearby Iron County, the sheriff's department says a 56-year-old man from Montreal, Wisconsin, died in the flooding, but didn't immediately provide details.

In Minnesota, Gov. Mark Dayton plans to travel Wednesday to the communities of Litchfield and Watkins, which were both slammed by tornadoes on Monday.

A woman and her 2-year-old son were rescued after lightning struck and toppled a tree onto their car in southern Michigan, trapping them for about an hour.

The National Weather Service is forecasting another round of thunderstorms Wednesday for northern Wisconsin and Minnesota.