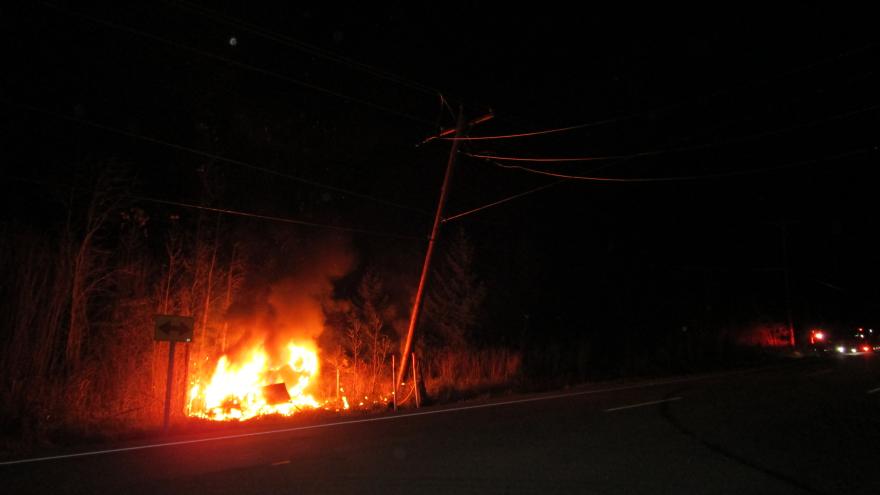 OZAUKEE COUNTY, Wis. (CBS 58) – Authorities are looking for the driver after a car crashed into a utility pole in Grafton on Tuesday.

Investigators say just before midnight on Tuesday, deputies with the Ozaukee County Sheriff’s Office responded to a vehicle fire after a car hit a utility pole at Lake Shore Road and Pioneer Road in the Town of Grafton.

Deputies say the driver left the vehicle and fled. The vehicle had severe damage from the crash and fire.

The driver has not been found and police are asking anyone with information to call the Ozaukee County Sheriff’s Office.