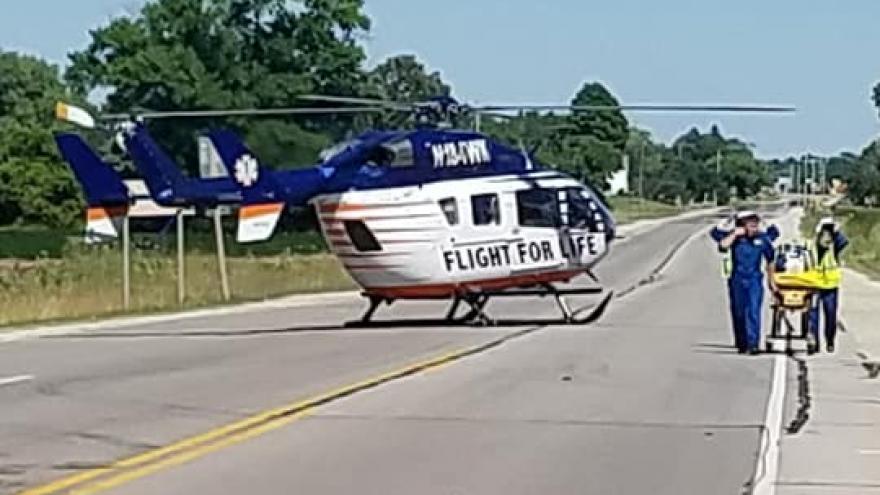 RACINE COUNTY, Wis. (CBS 58) -- Flight for Life was called to a three-vehicle accident in Racine County on Tuesday afternoon.

Preliminary investigation reveals that a southbound sedan failed to yield the right of way from the stop sign and was struck by a westbound pickup truck and then struck another vehicle that was stopped to turn northbound onto Raynor.

Flight for life was called to the scene.

A minor passenger in the sedan was taken to Children's Hospital for treatment of serious injuries.

The minor driver and another minor passenger of the sedan were taken to a local hospital for treatment of what is believed to be non-life threatening injuries.

The other drivers involved refused medical transport on cene.

Alcohol and drugs are not suspected as contributing factors in this crash.