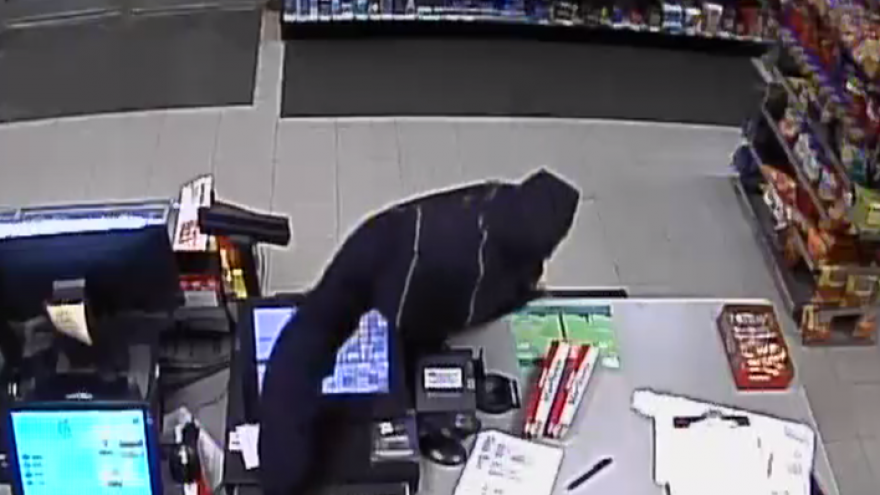 The man is suspected of entering a gas station on Union Avenue around 9:50 PM Saturday.  Police say the suspect brandished a knife and asked the attendant for money.  He then took money from the register and then fled the scene.   The attendant was not injured during the robbery.