Sheboygan Police Chief Chris Domagalski said an officer shot and killed a man near 15th Street and Indiana Avenue, after he charged at their officer armed with two knives.

Chief Domagalski said they still have many questions left unanswered.

"We heard about eight pops go off, but we thought it was bottle rockets or something,” Kelly Whipple who lives nearby.

Sheboygan residents woke up to the sound of gunshots outside their doors.

"It was a surprise to be honest. kind of scary,” said Sergio Garcia, another neighbor who lives nearby.

Sheboygan police say that just before 6 a.m., dispatch received a 911 call for a man armed with two knives chasing a woman in the area.

"Upon arrival, the officer attempted to engage the subject in conversation from across the street, at which time the subject charged at the officer while armed with two dangerous weapons,” said Chief Domagalski.

Chief Domagalski said an officer ordered the subject to stop, trying to deploy his Taser, but the man continued chasing the officer who eventually took out his gun.

"The subject continued to chase the officer, forcing the officer to transition to his firearm, and discharge his firearm at the subject,” said Domagalski.

The woman was transferred to a local hospital where she was treated and released. The man died at the scene.

"He wasn’t in his right state of mind,” said the victim’s cousin, Sheriyah Appleton. “And this is what hurts us.”

Appleton says the victim is her 32 year old cousin, Kevan Ruffin. She says her family found out about his death from a video shared on Facebook. They think he was suffering from a mental health episode and police should have held back because they knew his history.

"He’s on medication, he has mental issues and they knew about it,” said Appleton. “So they know about it, they’ve been dealing with him for over a decade.”

Appleton says her family just wants justice for her cousin.

"They shot him multiple times in his chest. There is no way somebody should be murdered like that,” she said.

Chief Domagalski said the officer involved has been placed on administrative leave and has been with the department for two-and-a-half years.

The Wisconsin Department of Justice’s Division Of Criminal Investigation has taken over the investigation.

Family gathered at a vigil Thursday near the scene.

Everybody knows that’s my baby. I got four children, but he’s always been my baby. He’s the second born out of four and he was always my baby, number one in my book. So I just want to figure out what happened, why it happened, when it happened and all those things first,” said Charlene Ruffin-Brand.

After the vigil, a group of people marched through Sheboygan streets. Ruffin’s family asked that people stay calm and keep the night about him.

“This is not a protest or something being against the cops we know they have to do their job,” said his cousin, Justice Burns, “What makes us angry is people don’t need to be killed, they don’t, no one.”

One person is dead following an officer-involved shooting in Sheboygan early Thursday, July 2.

Police say around 5:50 a.m., they were called to a home near 15th St. and Indiana, for an incident which ended in an officer-involved shooting. The details of how the incident occurred, who started shooting, or who was involved, have not been disclosed.

Officers did confirm it was a fatal shooting; a local man lost his life.

CBS 58 spoke with a woman who said she was the victim's cousin. She said she doesn't understand why the incident turned fatal and the victim suffered mental health issues.

Police say this is an active investigation.

SHEBOYGAN, Wis. (CBS 58) -- The Sheboygan Police Department says after being called to a disturbance around 5:50 a.m. near 15th St. and Illinois Ave., a officer involved shooting occurred.

The Wisconsin Department of Justice has been notified and will investigate. 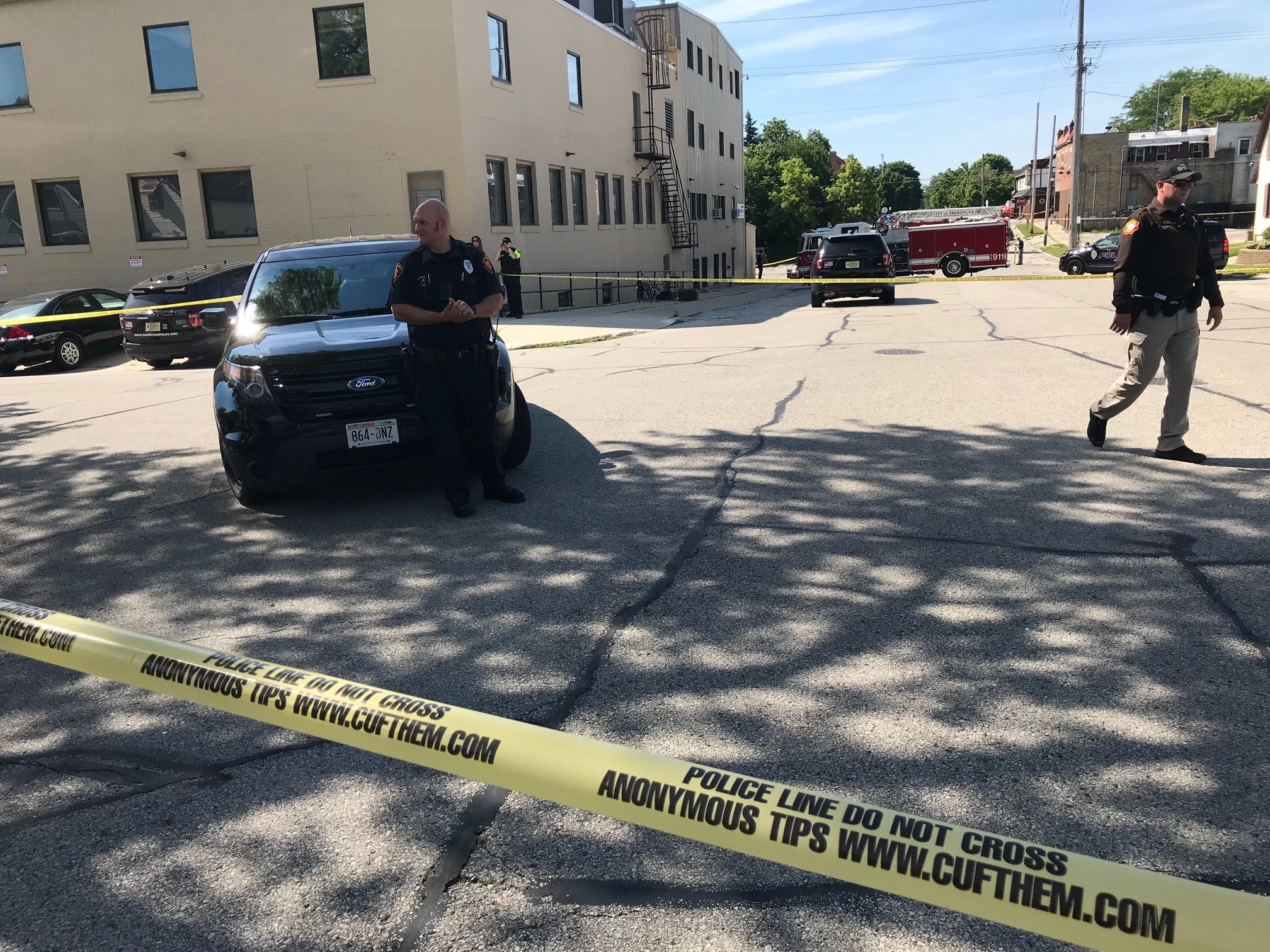 SHEBOYGAN, Wis. (CBS 58) -- The Sheboygan Police Department says it is investigating an officer-involved shooting near 15th Street and Illinois Avenue on Thursday, July 2.