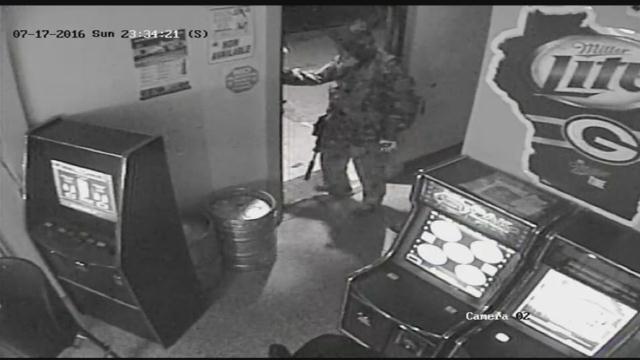 Sheboygan police shot and killed an armed robber as he left a tavern locked and loaded this summer. But now the bartender and his girlfriend are suing.
They say the officers put "them" in harm's way that night.

According to the paperwork filed Monday the two are each seeking 3.3 million dollars in total from the city, saying this shooting has greatly impacted both of their lives.

In the July 17th video, Kevin Higgins, a man known to Sheboygan police, went into this bar and robbed it.

When he opened the door to leave, he was met by two Sheboygan police officers who shot and killed him.

But just behind Higgins stood bartender Kurt Klessig and his girlfriend and fellow employee Mary Heitzmann.

Klessig was struck in the arm by a bullet.

In court documents filed Monday by both, they say the officers acted negligently, because as innocent parties they were clearly visible when the officers decided to open fire saying, "Officer Hamilton and Officer Kehoe knew or should have known that by positioning themselves as they did, Kurt
Klessig and Mary Heitzmann were in the officer's field of fire."

In a statement Monday, a family spokesman told us the couple "feels awful for all parties involved but this has taken a toll not only on their relationship,
their finances but also has caused extreme mental and physical suffering."

He says they filed paperwork because they believe they're not getting all the evidence necessary to go forward with their claims. Both are both seeking 2.5 million dollars in damages, plus $800,000 in legal fees.