Security screening for all fans at Miller Park 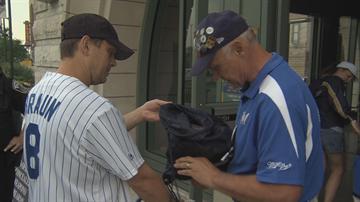 MILWAUKEE-Getting into Miller Park might feel more like boarding a plane with new security measures set to take place.

In order to comply with new procedures from Major League Baseball, the Milwaukee Brewers confirming that they will have metal detectors starting Thursday, September 11th before the game against the Miami Marlins and on September 13th against the Cincinnati Reds.

The Brewers have screened fans at select gates this year for several games, but this will mark the first full screening of all fans attending games.

Fans are encouraged to arrive early to give plenty of time for the screenings.

But Brian Gould remembers hour long waits at Lambeau when they started new security measures there.

\"There's going to be the rush right before the game,\" Gould stated. \"So, hopefully they've got things in line and keep things moving.\"