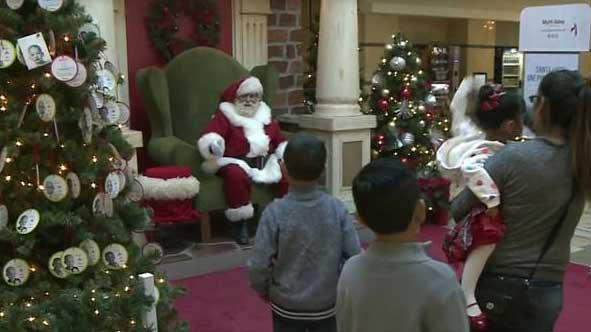 SAN JOSE, Calif. -- Parents of San Jose school kids confronted a school board Thursday night after a decision to cancel a field trip to see Santa Claus followed a complaint by a Jewish mother who objected to the school-sponsored outing, CBS San Francisco station KPIX-TV reports.

The visit to Santa, along with a "Dear Santa" assignment, was a decade-long tradition at Sartorette Elementary School, part of San Jose's Cambrian School District.

Last week, the Sartorette staff informed parents the school would suspend the outing to see Santa at a local coffee shop after a Jewish mother, who identified herself only as Talia, complained to the school board that the district was celebrating one religion over others.

"We need to teach about all the holidays," Talia told KPIX-TV. "We live in a global society."

Talia said that as a result of her complaint and the decision by the school board other parents began to bully her.

"I had some parents that called me a communist, that said that I didn't want any holidays in the school," she said.

Some parents are blaming Talia for ruining Christmas.

"It's really scary how one parent can go and voice her opinion and then everything gets shut down," said parent Vanessa Howes.

"I think that's it's really sad that the school district didn't ask for other opinions," said parent Melanie Scott.

Cambrian School District Superintendent Carrie Andrews told reporters outside Thursday night's school board meeting that what began as a tradition 10 years ago is not necessarily the right thing to do today.

"The bigger conversation that needs to be had is really looking at the diversity of our beliefs and our customs and making sure we instill that, and that's what public schools need to be doing," Andrews said.

Talia said she is not ruining Christmas for the kids in her child's school.

"No, Santa will be there. I'm not going around to anybody's homes asking them not to celebrate Christmas. I'm not going to go to anyone's church or private school, but in a public school we have to design curriculum to fit everybody," she said.

Parents voiced their opinions to the school board Thursday night, but the board was unable to take any action on the issue because it was not on the agenda. Some parents vowed before the meeting to walk out of school in protest Friday if the decision wasn't reversed, but not one parent told the board they planned to go through with that threat Thursday night.