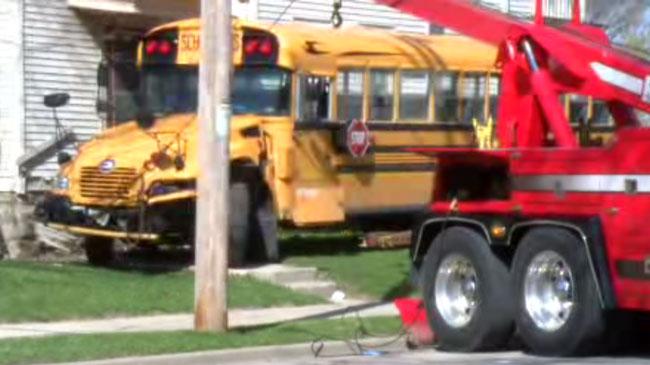 A school bus hit a house on North 2nd Street and Nash on Friday afternoon.

A tow truck was on the scene at 4:00 PM trying to remove the school bus.

Milwaukee Police are investigating a vehicle crash that happened on Friday around 2:45 p.m. in the 100 block of W. Nash Street.

A Chevy Malibu traveling north on N. 1st Street failed to stop at a stop sign and was struck by a school bus traveling on W. Nash Street.

The school bus then struck the porch of a house.

The driver of the Chevy Malibu and one student on the bus were  transported to local hospitals for minor injuries.

The driver of the Chevy will be cited for failing to stop at the stop sign.