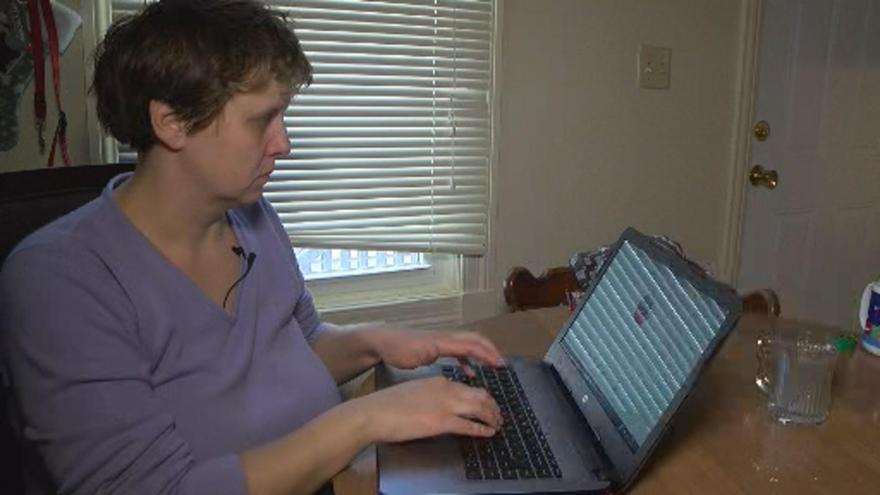 Over the course of a few days the victim says she lost more than $1,000. Experts say it’s a scam that’s nothing new but certainly in the top ten forms of fraud and most reported.

Amongst your many online friends could lie that fake profile waiting to hook you in.

“The person posing as somebody that I knew claimed that I was on the same winners list as them,” says Anne Gregory, victim of the scam.

“I didn’t think twice about it and said yes,” explains Gregory.

She says she was confident that the message was coming from a reliable source, a longtime friend.

They even sent her what looked like an official governmental link with her name listed as a winner.

“This has to be legit then,” says Gregory. “My so called friend was a very smart person and wouldn’t fall for a scam like this”.

The only thing she had to do was make a payment to release the funds. But more than a $1,000 later her scoring jackpot was nowhere to be seen.

“No one is getting that money,” says Jim Timmer, president and CEO of the Better Business Bureau of south eastern Wisconsin. “No government agency that’s offering you a grant will have you pay anything for it.”

Even if you think the message is coming from someone you know, experts say you should still double check.

“Pick-up the phone and call them, talk to them,” suggests Timmer. “Odds are that didn’t really happen and their Facebook account was hacked.”

Gregory is calling the loss an eye opener, hoping her story can help others from also falling victim.

“No matter how well you think you have protected yourself, this can happen,” says Gregory. “So, always, always ask questions.”

Experts at the BBB say you can report scams like this to their scam tracker online. They say if you fall victim and lose money, you can file a police report.