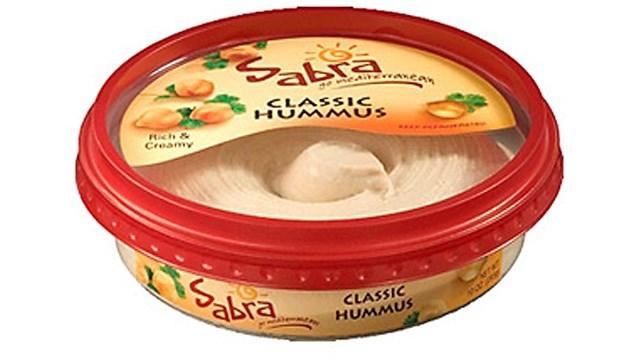 (CBSNews) -Sabra is again recalling its famous hummus products in the U.S. over concerns about listeria, the FDA announced Saturday.

In a statement, the FDA said the company is “recalling certain hummus products made prior to November 8, 2016 due to concerns over Listeria monocytogenes, which was identified at the manufacturing facility but not in tested finished product.”

A full list of the Sabra products being recalled can be found here.

Listeria is a bacteria which can spread via contaminated food, causing an infection known as Listeriosis.

Symptoms may include fever, muscle aches, nausea and diarrhea. Most people are able to fight off the illness, but in some cases it can be deadly. Listeriosis poses the greatest risk to older adults, pregnant women, newborns and people with weakened immune systems.

Unlike most other forms of foodborne bacteria, listeria can grow even in cold temperatures. That means a contaminated product can get even more dangerous as it sits in the refrigerator.

“The bacteria can multiply so it becomes more likely to make you sick. So it’s very important that you check your refrigerator that you don’t have any of these products, and discard them,” Schaffner said.

A person who eats food contaminated with listeria can develop symptoms anywhere from a few days to a few weeks or months later. The illness is usually treated with antibiotics.