Ryan says no to presidential bid 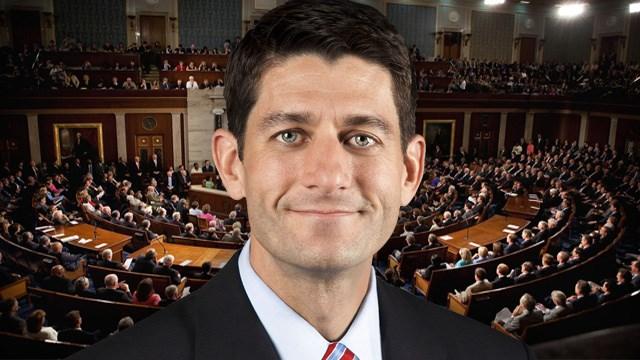 WASHINGTON (CNN) -- Wisconsin Rep. Paul Ryan will not run for president in 2016, he said in a statement on Monday, preferring instead to focus on policy work as chairman of the House Ways and Means Committee.

\"After giving it a lot of thought, I've decided not to run for president. Our work at the House Ways and Means Committee over the next few years will be crucial to moving America forward, and my job as chairman deserves undivided attention,\" he said.

\"It's clear our country needs a change in direction. And our party has a responsibility to offer a real alternative. So I'm going to do what I can to lay out conservative solutions and to help our nominee lead us to victory,\" Ryan added.

Ryan, the GOP's 2012 vice-presidential nominee, has long been seen as a top contender for the presidency. The nine-term congressman has made a national name for himself as a policy wonk on Capitol Hill, helping to draft and promote the GOP's budget proposals as chairman of the House Budget Committee.

A CNN/ORC poll conducted in mid-December, however, found him farther down in the pack, tying for sixth with Florida Sen. Marco Rubio.

But even as he's decided to say no to a presidential bid, Republicans have a chance for deja vu with his top-of-the-ticket running mate, former GOP presidential nominee Mitt Romney.

Romney recently told donors that he's considering a 2016 run for president, and has led a number of national polls of the potential field. But Ryan told NBC News that his decision came over the holidays, long before Romney appeared to be inching towards another bid.

\"It is no secret that I have always thought Mitt would make a great president,\" he said. \"As for his plans for 2016, I don't know what he is ultimately going to do and the last thing I want to do is get ahead of his own decision making process.\"

Ryan wouldn't offer his support for any potential GOP contender, however.

\"I think we've got a number of very capable candidates who have every ability to become president. There are a lot of talented people,\" he told NBC in a phone interview. \"I think it is critical that our party puts forward bold, conservative ideas and give people a choice. I think we have a number of capable leaders who can do that.\"