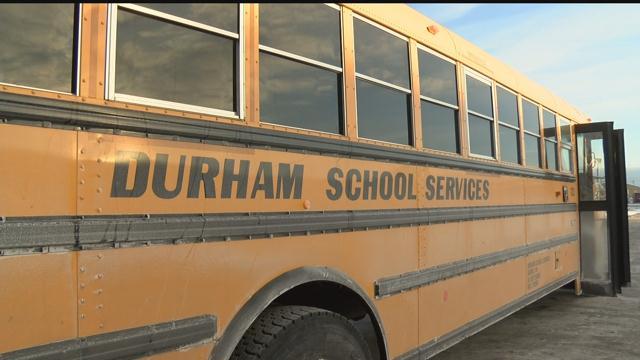 The cold temperatures that we're feeling are dangerous if you, or your children, aren't bundled up. The Racine Unified School District has an app that can actually help limit the time spent outside while waiting for the school bus. The idea for this came about after Patrick Starken started working for the school district eight years ago. Starken used to work for UPS where packages can be tracked.

"One of the things that bothered me is that we can't track a student," Starken said. "It's always been our goal to see what we can do in order to make that and close that gap."

The district worked with bus provider, Durham School Services, to get the app, Durham Bus Tracker, in Racine. It recognizes your child's name, their student ID number and which bus they're on. When you have the app on your phone, it allows you to track the morning and afternoon routes, from the second they begin to the second that they end.

"Have you missed it? We woke up a little late. it's raining, I don't know if I want to send my child outside because it's so cold," said Gail Bergstrom, General Manager for Durham School Services in Racine.

The app lists a number of other cities in our area that works with Durham School Services including Elkhorn, Muskego, New Berlin and Milwaukee. And at least in Racine, it's about student safety, especially when it's just down right cold outside.

"They can see that it might be a mile away, and they say you know what, stay in the house for another two minutes before you go out to the bus stop," Starken added.

The app is free, and can be found the Apple App Store or in the Google Play Store on Android devices. Just search "Durham Bus Tracker."