Robber shot dead by one of his victims in Milwaukee 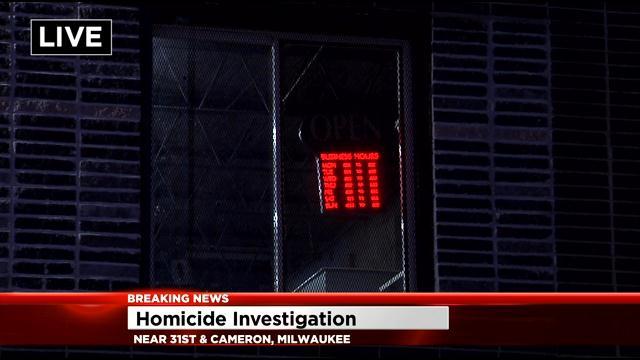 \"I'm tired of even hearing about it, every time you turn on the news, like you say, it's something dealing with a killing, whether it's a kid, or a young adult or an adult. Everyday it's something.\"

The 4900 block of North 31st street is quiet, with a few small businesses lining the street, including an auto shop and barbershop...the target of a would-be robber.

\"This is not the first time that a robbery went bad,\" said one of the building's owners.

The owner of the building who didn't want to be seen, describes to us what happened.

A young guy walked into Level Up Auto Shop, held a gun to a man's head, and forced him upstairs to Family Cutz barbershop.

\"We gone go the fast way, we gone go put this gun to somebody's head and scare the hell out of them, and take what they got on them.\"

However, the robber didn't know that someone else was carrying a gun.

\"As he was robbing the barbers, the customer ended up taking a shot, shooting the guy and killing him,\" the owner, who asked not to be named, said.

What bothers the owner the most is that he says he would have given the would be robber a job if he had asked, but that many criminals simply don't want to work.

\"People want to rob somebody getting ready-made money when all they have to do is go put an application in.\"