Report: To Avoid SIDS, Infants and Parents Should Share a Room 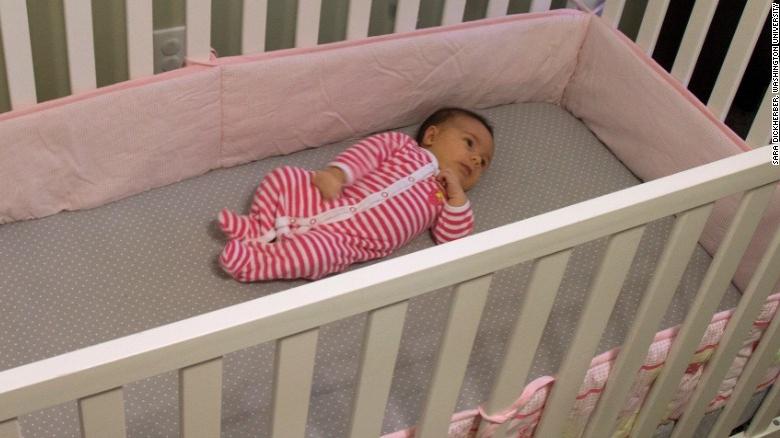 (CNN)For at least the first six months of their lives, infants should be sleeping in the same room as their parents, but not the same bed, according to a new report from the American Academy of Pediatrics.

The academy recommends children sleep on separate surfaces within the same room, such as a crib, but never on a soft surface, armchair or couch. Optimally, infants should sleep in the same room as parents up to age 1, the organization said.
The aim is to reduce the risk of sudden infant death syndrome, known as SIDS, and other forms of infant death that can occur when a baby is sleeping, such as suffocation. These types of death among infants are collectively known as sleep-related infant deaths, or sudden unexpected infant deaths.
Read aloud to infants every day, doctors advise
"The whole phenomenon of SIDS implies that we don't know 100% what is responsible for the death, but we have theories," said Dr. Lori Feldman-Winter, member of the Task Force on SIDS and co-author of the report.
These theories include that a baby's brain may not be developed enough to regulate respiration combined with an environment -- such as soft furnishings -- that aid asphyxia or nasal obstruction and simply that certain infants may just be more vulnerable due to genetics or physical traits.
The AAP report, launched during the the AAP national conference in San Francisco this week, states that evidence shows parents sharing a room with their infant can reduce the risk of SIDS by as much as 50%.
"A baby that is within reach of their mother may have more comfort, or physical stimulation form being in an environment with another person," said Winter, adding that mothers being near their babies also facilitates breastfeeding, which in itself has been shown to reduce the risk of SIDS by 70%.
"Breastfeeding protects against many adverse outcomes," she said.
Share this article: