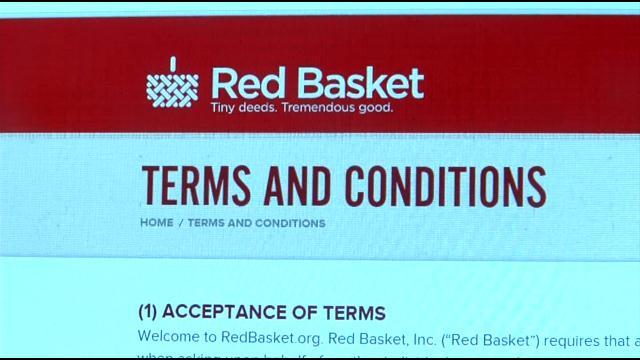 When you give through a site like Go-Fund-Me, you're more or less taking in on faith that the cause you're giving to is legitimate and you may not have realized this, but Go-Fund-Me deducts a 5-percent fee from all the money that's collected. But it turns out there's another fundraising site that doesn't charge a fee, operates as a non-profit, making your donation tax deductable and perhaps more importantly, makes some effort to vet the people using the site.

The Yun family says their son Jayson's struggle with mental illness has ripped the family apart. They need help paying for his costly inpatient treatment and say RedBasket.org proves to donors the family's need is great.

Craig Yun had no idea he had a son.

\"We didn't find out about Jayson until he was four. So that was a surprise,\" said Craig.

Craig and his wife Melissa say they quickly found out he'd been badly mistreated by his birth mother.

\"I thought some of the things going on were just him being a little boy. Rambunctious, like any other 4 or 5 year old,\" said Craig.

But his bad behavior was diagnosed as real problems, including reactive detachment disorder, oppositional defiance disorder and depression. After years of outpatient therapy not working the family switched to expensive inpatient options, costing more than 10-thousand dollars a month out of pocket.

But Jayson doesn't look sick. So that's where Red Basket comes in. To even set up a fundraising page, you have to prove you really need the money.

\"We had a doctor write up what he's suffering from and estimate the monthly cost,\" said Melissa.

And then it's double checked.

\"Red Basket then gets people to independently verify what you're saying and you've also got to provide a quote to substantiate,\" said Melissa.

Though its a lot of work, the Yuns say they will do whatever it takes.

\"We don't want him in constant turmoil.We just want to be able to live together. We just want Jayson home,\" said Melissa.