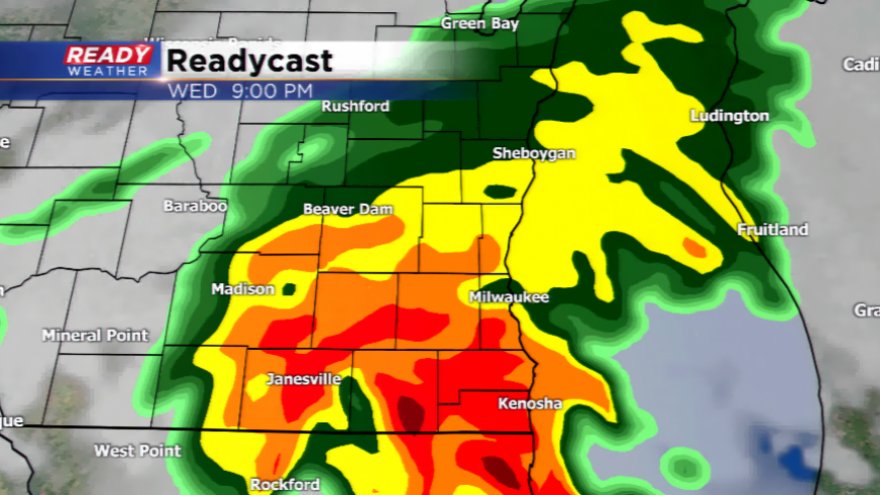 April ended with one of the wettest months on record in Milwaukee.  May has been a much different start.  Ten days into May, the rain total is only at 0.09”! The average rain the first week and a half for Milwaukee is close to inch.  With the lull in the rain activity, it is allowing for us to get a little closer to the average for the yearly rainfall.

The rain break will come to an end later today.  A line of showers and thunderstorms are expected to develop in western Wisconsin this afternoon, and barrel into the viewing area by later this evening.  The major threat with this line will be heavy downpours, but a few storms could be stronger with hail and gusty winds associated with any storm. Expect these storms to move in late this afternoon and evening, and move out by later tonight.  Rainfall totals could jump to at least a half an inch, and some spots could see even more.

Once this rain maker exits, the area will not have any major risks of big time rainfall for a few days.  A couple of isolated showers are possible Thursday, and also late Friday night.  This will not be significant.  Warmer air starts to push in this weekend with highs in the 60s.  Inland areas could even jump to 70!