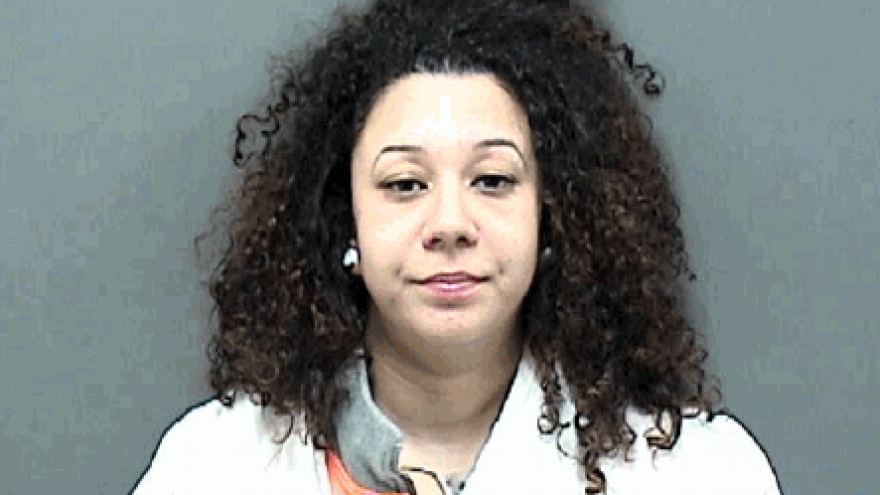 RACINE - A Racine woman is facing multiple charges after firing several shots at her boyfriend.

Jasmine Phillips, 27-years-old, faces charges of 1st Degree Attempted Homicide, Discharging a Firearm Towards a Person, and Operating a Firearm While Intoxicated.

The Racine Police Department responded to the 1200 block of Racine Street for reports of a gunshot victim on the corner. According to the criminal complaint, the victim stated he was just shot at by Phillips who was driving a black Saturn and then left the scene. The victim stated that he wasn't sure if he was struck by gunfire. Upon checking, no visible injuries were located. The victim stated that his "baby momma" chased him in his car and shot at him.

According to the criminal complaint, the victim stated that he has two children with his now ex-girlfriend Phillips. The victim said that he was at Gateway college taking a test when he had a conversation with Phillips via text messages and verbally on the cell phone. The two argued and Phillips allegedly said she was on her way to Gateway to kill him.

According to the criminal complaint, The victim stated he left Gateway and saw Phillips following him in her black Saturn. He stated that he thought she was going to crash into his vehicle as he began to turn around. Once the victim turned his car, he observed Phillips pointing a handgun at him through her driver side window while their cars were a few feet from each other.

Officers observed three bullet holes to the driver side door and window of the victim's car.

Police located Phillips in her Saturn and took her into custody. An officer also located her 4-year-old daughter in the car. The 4-year-old told officers that she witnessed her mother shooting at her father.

The firearm was recovered and Phillips was found to be under the influence of intoxicants.

Phillips will have her preliminary hearing on April 6th.