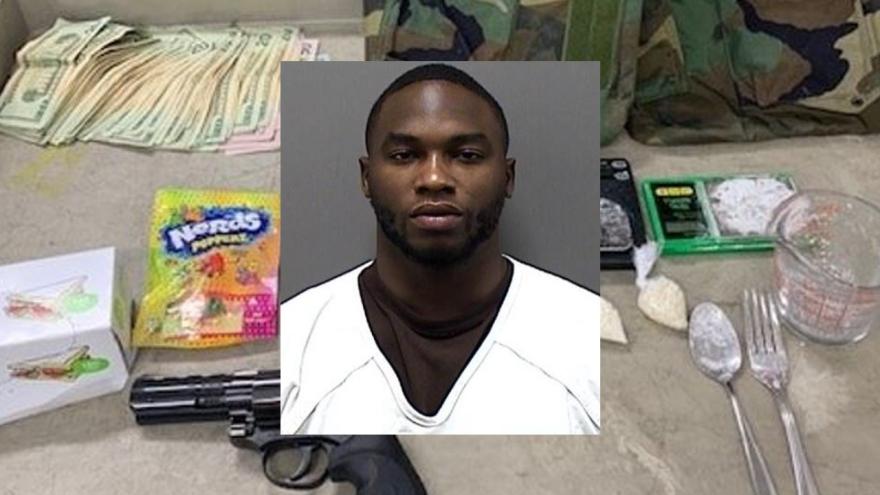 Agents from the Racine County Metro Drug Unit searched a residence near Kewaunee and Superior in the city of Racine around 1:30 p.m.

The sheriff's office says a suspect at the home, 27-year-old Jarvis Walker, is a convicted felon with a history of selling drugs and possessing a firearm. He was on probation for possession of cocaine and possession with intent to deliver marijuana. Officials say Walker was also currently out on bond for battery by prisoner, battery and felony bail jumping.

The Racine County Human Services Department was contacted after two young children were found residing in the residence.

Walker was transported to the Racine County Jail on charges of: