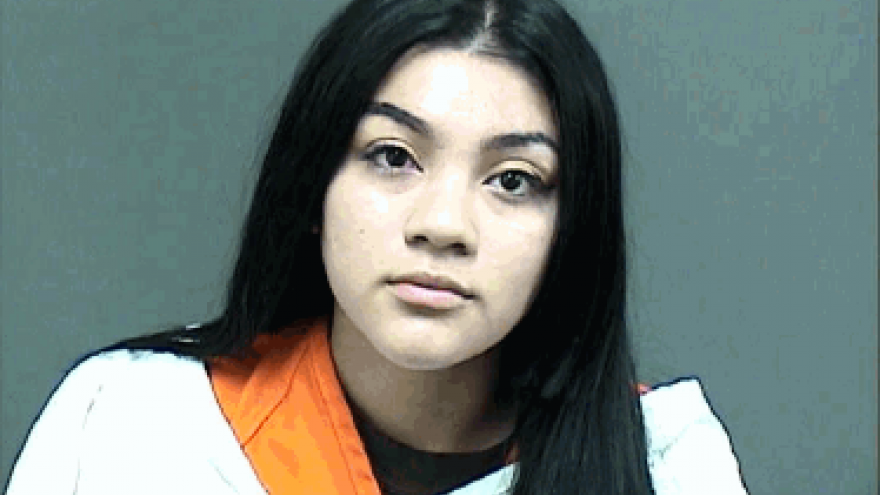 Racine, WIS. (CBS 58) -- An 18-year-old is now facing charges after chasing her grandmother with a knife.

According to the criminal complaint, officers responded to a home in the 1900 block of State Street for a report of a woman with a possible broken leg as a result of being chased by her granddaughter who was armed with a knife.

Upon arrival, officers located the grandmother lying in the driveway. She told police that Deleon was still inside the residence with a knife but upon entrance, officers found that she had fled the scene.

Police then made contact with Deleon's mother who said that she was at a cookout with her daughter when they got into an argument about her drinking and doing drugs. Deleon's grandmother then arrived on scene to try and calm down Deleon.

The grandmother told police that when she was inside the residence, Deleon began cussing at her and began walking closer and closer to her while armed with the knife. The grandmother was able to get out of the house and onto the porch. According to the criminal complaint, she jumped off the front porch to escape.

Deleon returned to the home and was taken into custody.