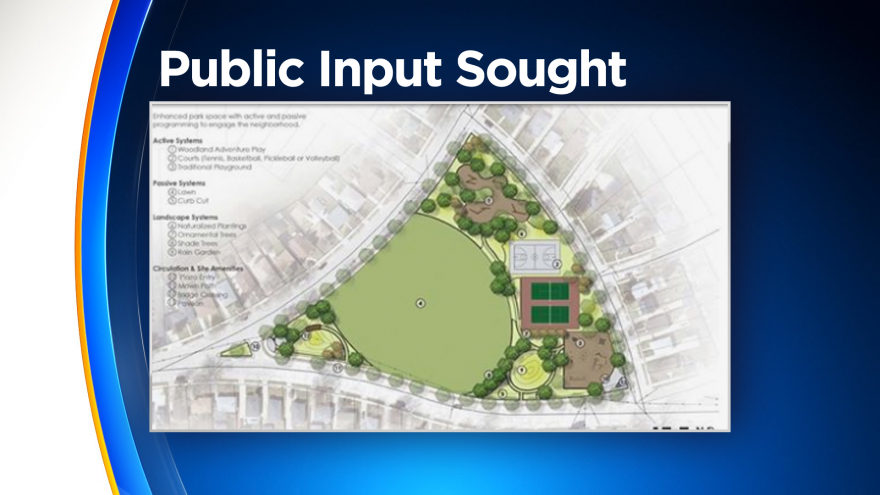 The department is interested in factors like how often your family uses the park space and for what activities, what amenities are most important, and which of the proposed designs is most appealing to you.

Officials have released two renderings for each of the parks, and they're now asking the public to weigh in.

Feedback must be submitted before a public hearing takes place at City Hall on August 16 at 4 p.m.

Click the link here for more information and downloadable packs that include the survey.

The forms can also be picked up in the lower level of City Hall near the west entrance.