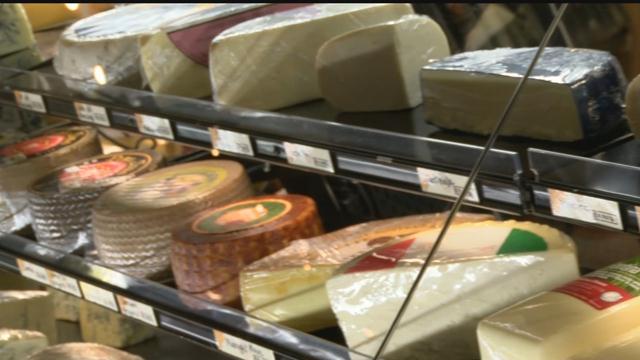 PUEBLO, Colo. (AP) — The provolone poacher has struck again at a Colorado restaurant but this time he said "cheese" for security cameras.

Police say someone stole 19 cases of the Italian cheese from the Do Drop Inn in Pueblo early Tuesday. The restaurant doors were damaged and restaurant manager Kevin Romero told The Pueblo Chieftain (http://bit.ly/1RRBg5s ) that the thief broke through padlocks on a restaurant freezer to get to the cheese.

Nothing else was taken.

Romero says this is at least the third time cheese has been stolen from the restaurant, presumably to be sold to other eateries, in the last month and a half. However, this time the thief's image was captured by security cameras the restaurant recently installed.