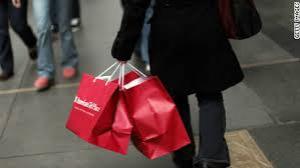 LOS ANGELES (CBS NEWS)- Los Angeles prosecutors on Thursday sued four national retailers, accusing them of duping shoppers into believing they got bigger discounts than they actually did.
The separate lawsuits alleging deceptive advertising were filed against J.C. Penney, Sears, Kohl’s and Macy’s, according to the Los Angeles city attorney’s office.
“Customers have the right to be told the truth about the prices they’re paying - and to know if a bargain is really a bargain,” Los Angeles City Attorney Mike Feuer said in a statement.

Feuer said the retailers falsely advertised higher regular prices for merchandise so customers believed they were getting bigger bargains.

California law bars retailers from advertising a higher original price unless the product was sold at that price within three months of the ad.

Sears and J.C. Penney declined to comment. Kohl’s and Macy’s did not immediately respond to messages for comment.

One of the lawsuits said  J.C. Penney was selling a maternity bathing suit top online for $31.99 in February, down from a so-called original price of $46. The top was later marked down further but still compared to the $46 price point, even though the item was never actually sold for $46.

nother suit claims that Kohl’s last year adverstised a sale on belted cargo shorts at a price of $35.99, which the company said was down from an original price of $60. But Kohl’s allegedly never priced the item at that higher price, according to prosecutors.

Macy’s is accused of claiming that a sterling silver necklace that the retailer advertised with a sale price of $30 was originally priced at $120. That, too, was a false reference price, the suit charges.

Feuer wants to bar the retailers from using such tactics, and is also seeking civil penalties of up to $2,500 for each violation. Prosecutors said J.C. Penney and Kohl’s previously faced class-action lawsuits alleging similar deceptive business practices and had agreed to stop.