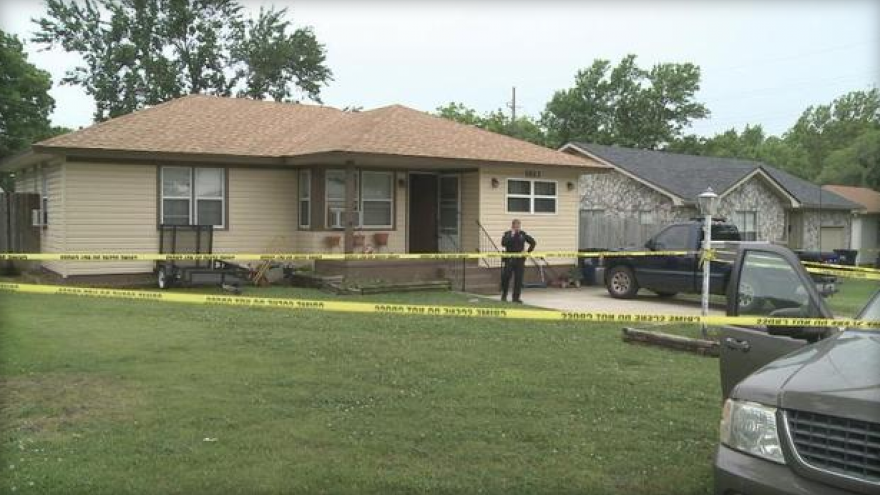 ADA, Okla. -- An Oklahoma prosecutor says a man was justified in fatally shooting his neighbor who was trying to drown his 3-month-old twin son and daughter.

Foster was shot to death on June 2 in southeastern Oklahoma. The ex-girlfriend, Michelle Sorrells, told CBS affiliate KXII that Foster forced himself inside her stepfather's home after the two got in an argument. She says she believes Foster "snapped."

Sorrells said Foster tried to drown their twin babies in the bathtub. When Sorrells tried to fight back, she said Foster hit and choked her multiple times.

"I remember thinking, 'I've got to keep hitting him...I've got to get back to the babies because he turned them face down in the water again and they're going to drown,'" she said.

Freeman, a neighbor, came to the home armed when a 12-year-old relative ran to him for help. He told investigators he shot Foster three times after seeing him holding the infants under water in a bathtub while threatening the children's mother with a knife.

Smith says the shooting "was certainly necessary under these gripping circumstances."

The children's mother has credited Freeman with saving their lives.