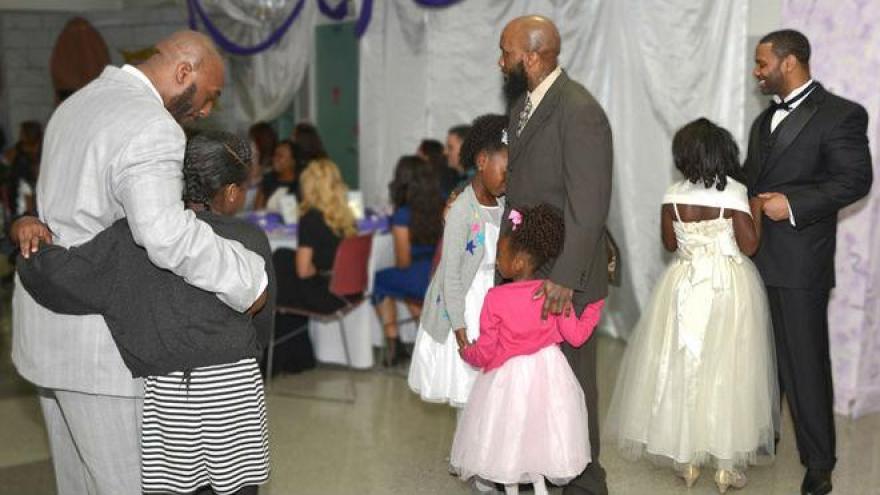 It could have been a scene at almost any school's father-daughter dance.

But it wasn't. The fathers at this social event were all inmates in a federal prison, serving time for a variety of offenses. And the dance was designed to motivate them to do better by their families once they get out.

"There is Still Time at the Ball" was the theme of this inaugural dance for prisoners -- all nonviolent offenders -- and their daughters at the Federal Detention Center in Miami, Florida.

"You are a key to the success of your father," Federal Bureau of Prisons Director Charles E. Samuels, Jr. told the daughters, according to a bureau press statement which said "connections to families and children are critical aspects" of inmates' reentry into society.

Samuels encouraged the fathers to take an active part in the lives of their daughters, even if seems difficult from behind bars. He urged the men to stay engaged with their children while in prison and use the facility's self-improvement programs to learn skills and become productive members of the community when they are released.