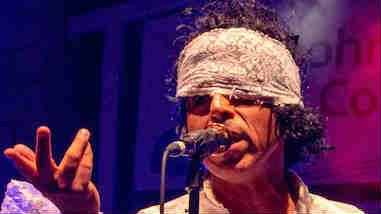 The Prince Experience! is performing Prince’s iconic album “Purple Rain” in its entirety along with the hits like “Let’s Go Crazy”, “Little Red Corvette”,”Kiss” and “1999” that made the purple one an icon.

Local musician Gabriel Sanchez says his goal is to take fans on a trip back in time and party like it’s 1999 with the ultimate tribute to the look and live experience of Prince.

This special tribute will feature the full band as well as a special appearance by a tribute to Morris Day and Jerome.

Sanchez has being staging the show for years and Summer fest fans probably remember it well.

But Friday's show at the Riverside is promised to be the largest scale production to date!

Andy Nelson of the Riverside Theater calls this the performance of a lifetime.

"I've been working for this my whole life," he told CBS 58's Michele McCormack.

But he says he'll never go "Hollywood" and will always find inspiration and be thankful for the support he receives in his hometown of Milwaukee.

His Thanksgiving Day interview is attached.