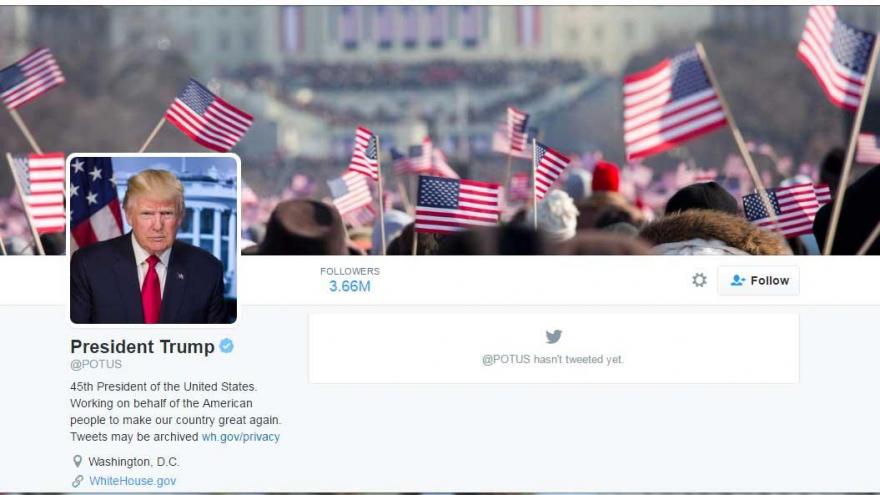 President Trump has officially been given the Twitter username POTUS.

President Obama's Twitter handle has been changed to POTUS44

Here's what it says on the official presidential account: "It's been the honor of my life to serve you."

The president has been striking an optimistic tone in the final days of his administration.

He tells followers that he's "still asking you to believe - not in my ability to bring about change, but in yours."

The president is also asking people to share their thoughts about the focus of his new foundation's work.

He says: "I won't stop; I'll be right there with you as a citizen, inspired by your voices of truth and justice, good humor, and love."